Screenwriter of "Story Under the Lion Mountain": Write the "fireworks" in the world in the observation of life

Recently, the TV series "Story Under the Lion Mountain" is being broadcast, which is loved by many audiences. This drama tells the story of generations through a tea restaurant, and writes about the changes of the times that Hong Kong has experienced since 1984. A tea restaurant is like a time machine, recording decades of years, depicting the struggle history of two generations, and witnessing the great changes of the times when Hong Kong returned to the motherland and integrated into the development of the Greater Bay Area. 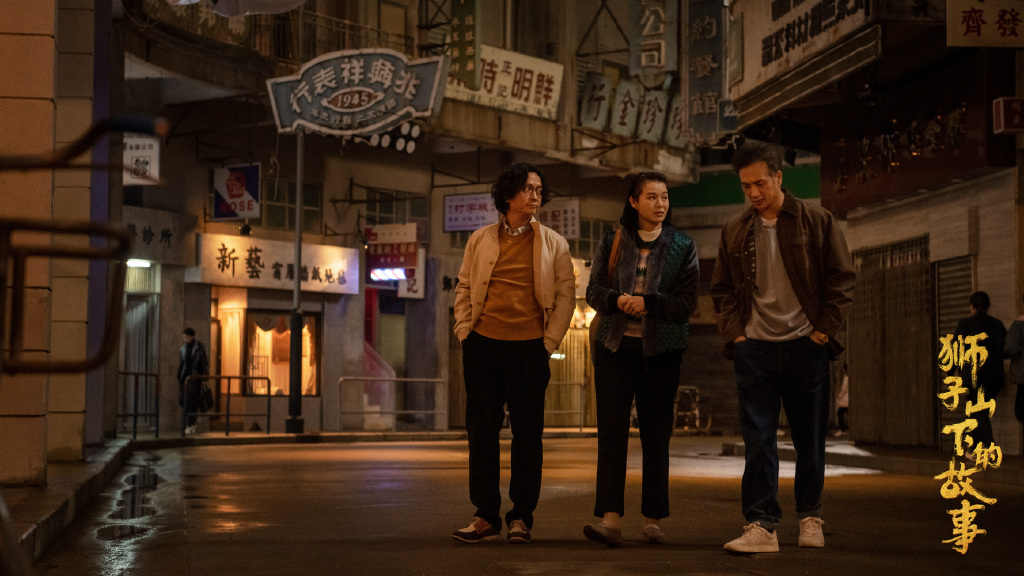 "Story under the Lion Mountain" stills

Someone asked me, how do big times and big events combine with characters? I think no matter what era, major events are connected with the fate of the common people, and they are things that the common people always pay attention to. These events are also closely related to the characters in the play, and changes in the major era also have a role in promoting the development of the plot. For example, in the play, I set the big event as a life test for the characters. Each character will have different ways to deal with and solve problems, which will make the character settings show different levels, and let the characters in the background of the era show different levels. Fate takes a different turn. At the same time, the plot must be reasonable and in line with the character of each character. For example, Liang Huan, the heroine in the play, runs a tea restaurant. She saw business opportunities in the financial turmoil and seized them, turning the crisis into an opportunity.
Living a normal life in an ordinary world and passing on the truth, goodness and beauty in life are the core of this drama. Liang Huan, Lao Jin, Luo Tong... On every street and in every building, there are similar figures of ordinary people. They are not necessarily knowledgeable, nor do they know great truths, but their lives are full of humanity. It is these ordinary "little people" and their striving and self-improvement spiritual qualities that condense the surging power and make the Pearl of the Orient shine brighter. "Lion Rock" also represents the characteristics of Hong Kong citizens who are struggling, persevering, helping each other, and helping each other in the same boat.
Many people commented that this drama has "fireworks", I think "fireworks" may mean very real and down-to-earth. There is no so-called character prototype in "The Story of the Lion Mountain", but from my real feelings and observation of life. The characters in the play are the epitome of ordinary people around us. I was born and raised in Hong Kong. I lived in Sai Ying Pun when I was a child and didn't leave until I was 20 years old. Growing up here, I am very familiar with the life of ordinary people in Hong Kong at that time. At that time, there was no internet and no mobile phones. If you wanted to understand things other than everyday life, you had to rely on your own eyes to discover and feel with your own heart. Since I was a child, I liked to observe the pedestrians on the road, or the neighbors who lived in the same building, to understand how everyone was like. At that time, I often listened to the radio and listened to the radio dramas on the radio. The radio dramas had no pictures, and it was all up to the audience's imagination, so my imagination became richer and richer. I also like to watch all kinds of news reports. Through various sources of information and media channels, that era left a deep imprint on my heart and provided very rich creative nutrients.
As a screenwriter, I don’t usually study other people’s lives purposefully, but I naturally like to experience life. When encountering a matter, I am willing to empathize with others, understand the difficulties of others, and understand the difficulties others experience. Whether it is from the happiness or distress of others, news or stories, you can absorb a lot of nutrients and gradually become your own accumulation. Gradually, this "heart" will naturally increase the gold content of life perception, and when writing something, the sense of heaviness will naturally be possessed. Then, the nutrients absorbed in life are refined and expressed in an artistic way. Many young people may not have this experience when they first learn to write scripts, but don't worry and accumulate patience. Every day in life is a precious experience, and every day needs to be felt with the heart.
(This article was published on the 12th edition of People's Daily on July 5, 2022. The author is a screenwriter for the TV series "Story under the Lion Mountain", and reporter Liu Yang interviewed and organized.)