The 19th China (Guangzhou) International Documentary Festival (hereinafter referred to as the Documentary Festival), hosted by the State Administration of Radio and Television and the People's Government of Guangdong Province, opened online on April 15.
This documentary festival will meet the audience in the form of online screening. While viewing patterns have changed, the commitment to bringing great work to documentarians has never changed. During the festival, a number of excellent Chinese and foreign documentaries will be launched on Youku, the exclusive strategic video cooperation platform of the China (Guangzhou) International Documentary Festival. Audiences who love documentaries are sincerely invited to this documentary feast. Users can watch the online screenings for free on the Youku video platform from April 15th to 21st. 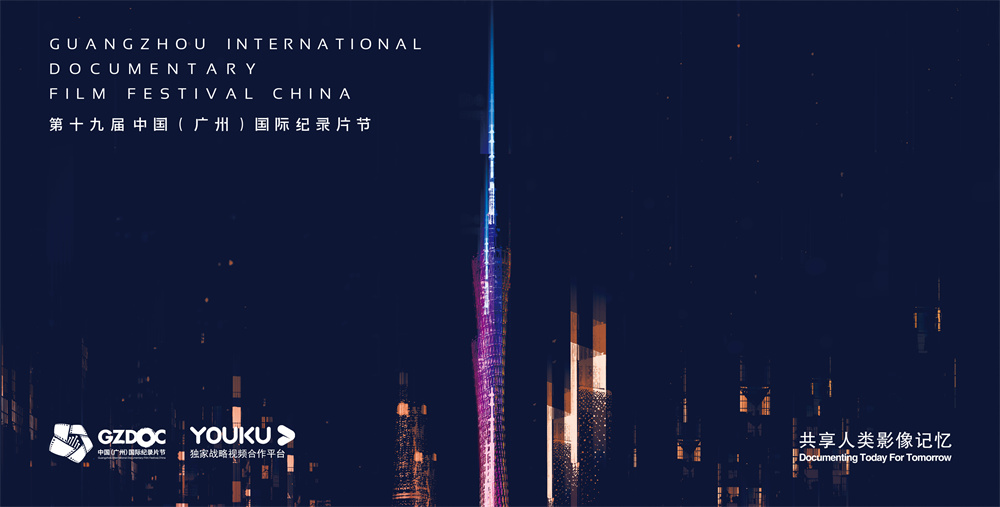 Premiere of overseas masterpieces on the cloud
Among the many works selected in this Documentary Festival, there are three excellent overseas works that should not be missed.
Dutch director Guido Hendricks, who was nominated for Best Documentary at the European Film Awards for his work, presented his new film "The Man and His Camera" at the online screening. The film records the different reactions of people to the camera, and while bringing the audience a "silent journey through the front door", it also deeply explores the complex issues of power relations and human nature in the documentary. The film was shortlisted for the 2021 Copenhagen International Documentary Festival, the 2021 Valladolid International Film Festival, and was honorably mentioned in the depth of field section at the 2021 DocAviv Film Festival. 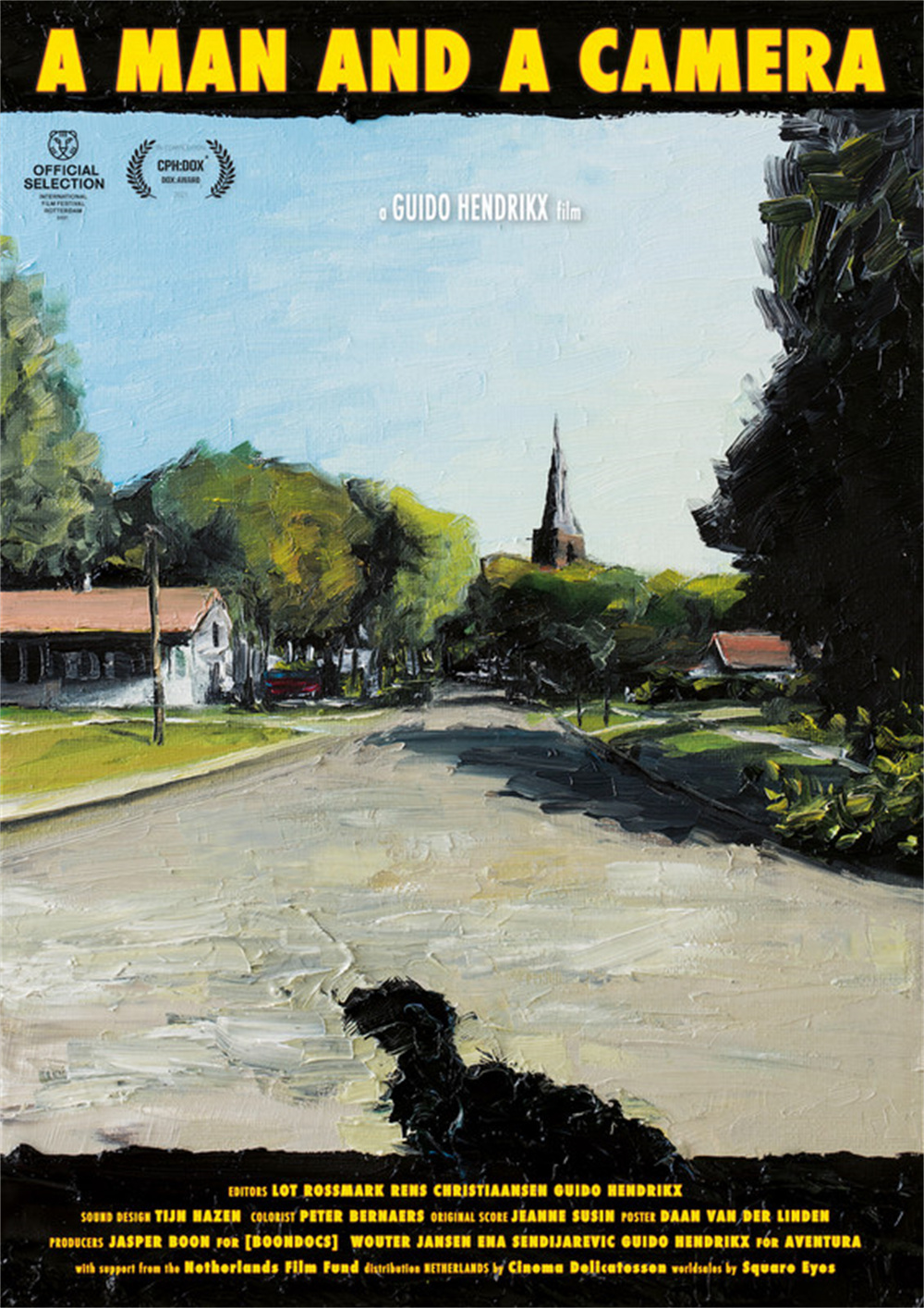 The Man and His Camera poster

"Snow Child", directed by Sarah Balfour and Marcus Stephenson, won the Best Exploration Award at the 22nd British Independent Film Awards. It tells the story of three people who grew up in a charity boarding school and have not returned How did the children who played the house traveled long distances to return to their long-lost hometown and felt the traditions and customs of their hometown that they had never felt before. 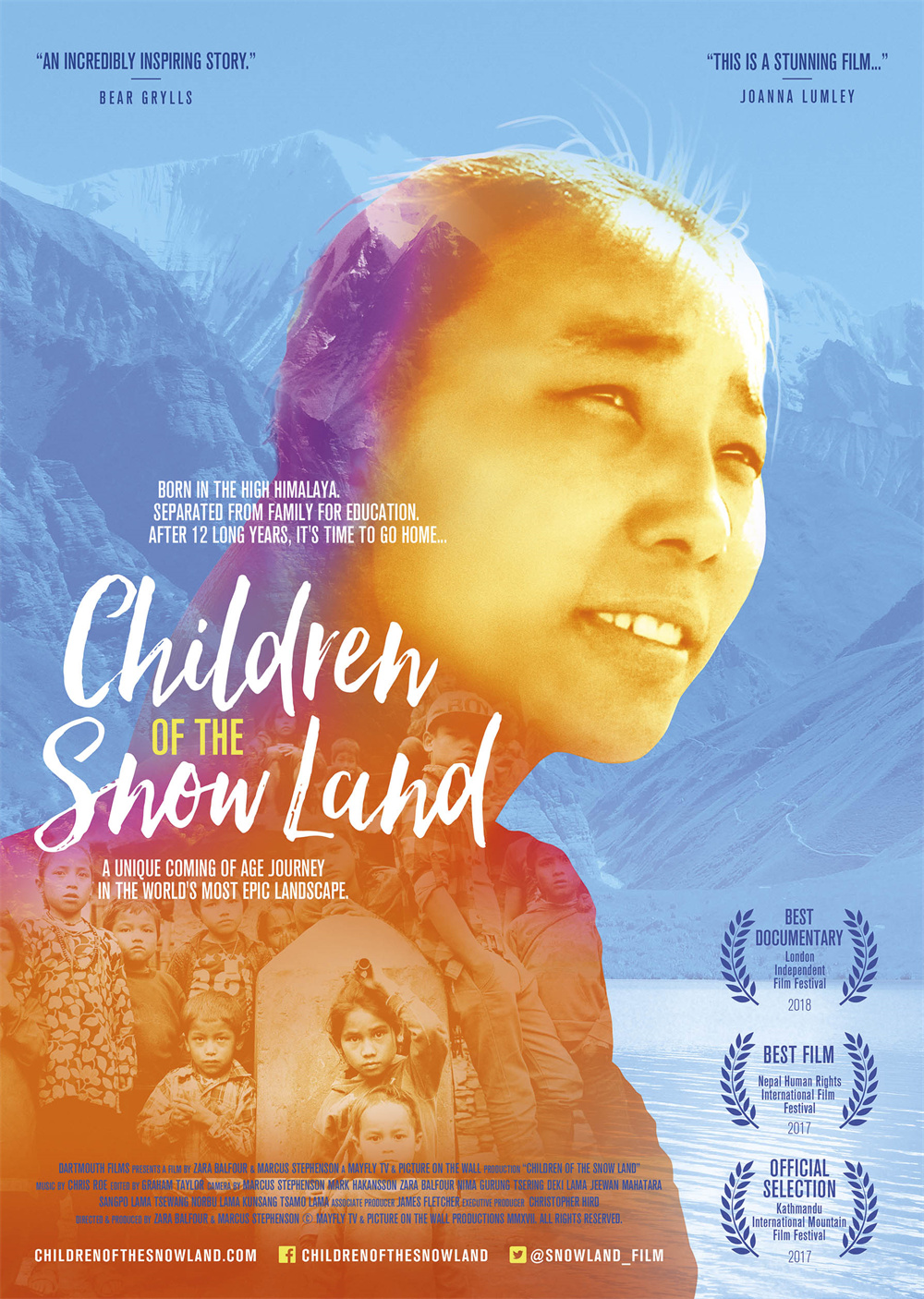 Directed by Huang Xin and Bao Ye, and co-produced by China and the United States, "Go Home" will also participate in the screening. The film tells the story of Lao Fang, who is nearly 70 years old, and regains his movie dream. Lao Fang was a cutting-edge director with unlimited potential. Together with Ang Lee and others, he was regarded as the "future star" of Taiwanese films. However, after he moved to New York, he suffered all the hardships in the world and lived in the Chinese district of New York for 30 years. Martyrs in their twilight years are full of courage. Lao Fang decided to remake his award-winning work in Taiwan 30 years ago. A group of young film students joined the crew for free to help Lao Fang relive his unforgettable original intention of the film. Can the old man succeed? Or is it all just a wishful dream for him and the young filmmakers? 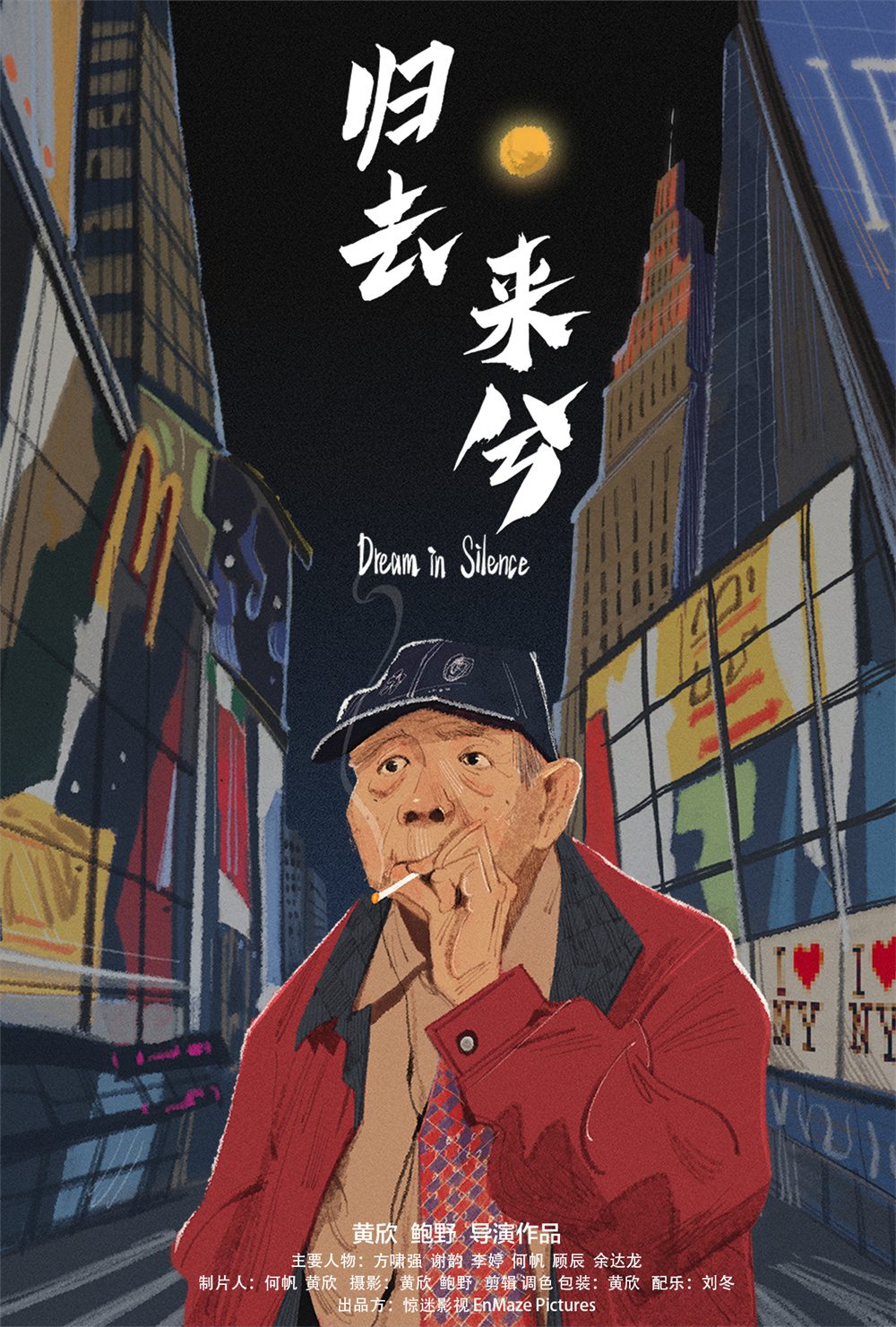 Pay attention to social reality and make documentary images more powerful
As a national photo album, documentaries have always been based on caring, caring, and respecting people, and are committed to reflecting the living environment, folk customs, and cultural features of "people". Humanistic care is also an indispensable element in the documentary, and it is the best embodiment of "people" for their own qualities, values and concepts. 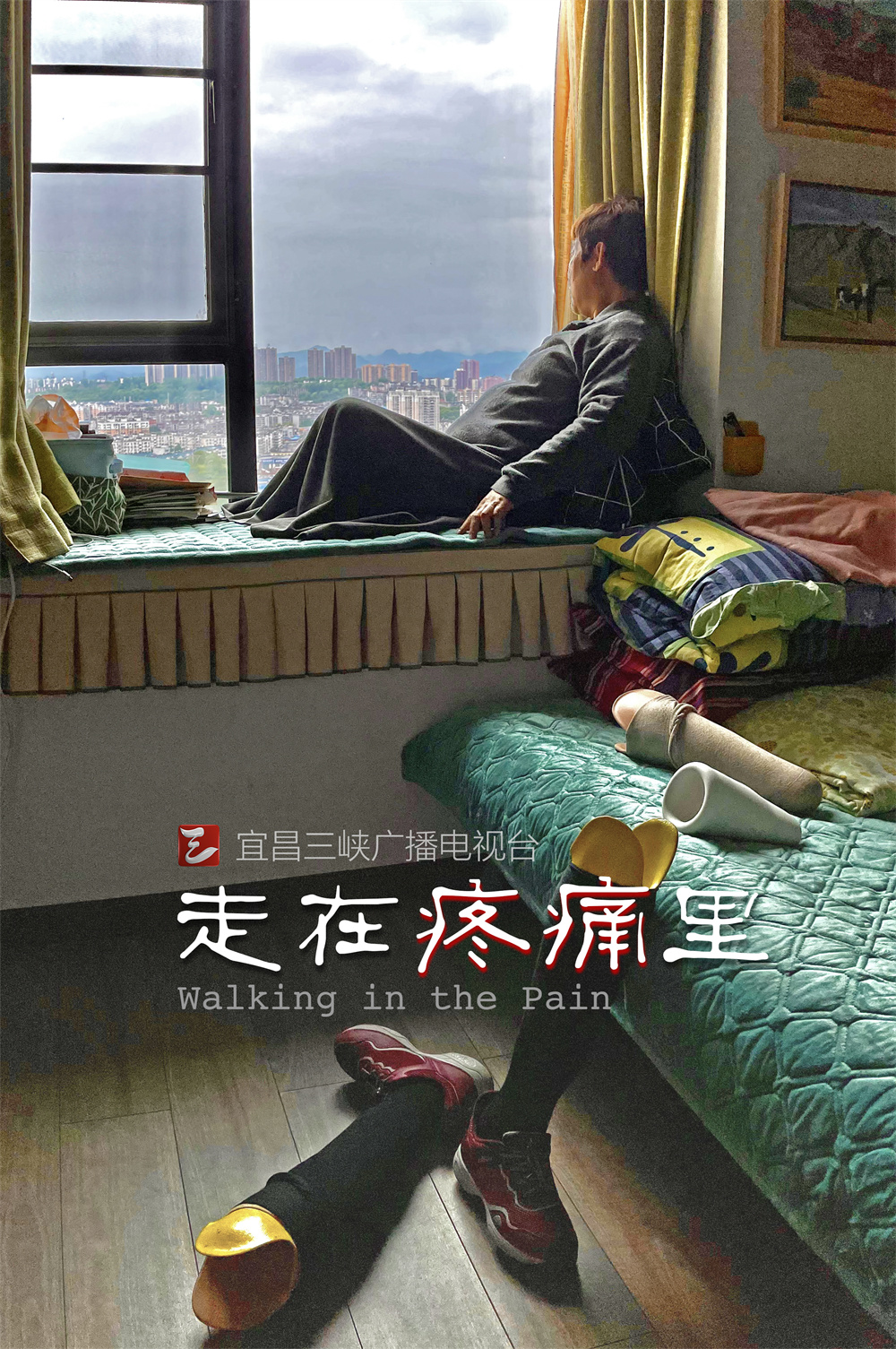 The work "Walking in Pain" directed by Xu Yang, a well-known documentary director and director of the Documentary Studio of Yichang Three Gorges Radio and Television Station, continues to record the story of a disabled woman and her prosthetic limbs. In October 2020, Zeng Wei, a retired middle school teacher who was disabled for 40 years, used the pension of 80,000 yuan from her deceased husband to install the 13th pair of calf prostheses. The purpose of this film is to recognize the living world of the disabled groups with empathy, to benefit the marginalized groups, and to promote a fair and just social consensus.
The work "Everything Will Be" directed by Jiang Nengjie focuses on the life of the mentally handicapped. In the past two years, the director's camera has always been aimed at these characters who cannot control their daily lives, fully demonstrating their love and hope for the present and the future despite their difficult life. 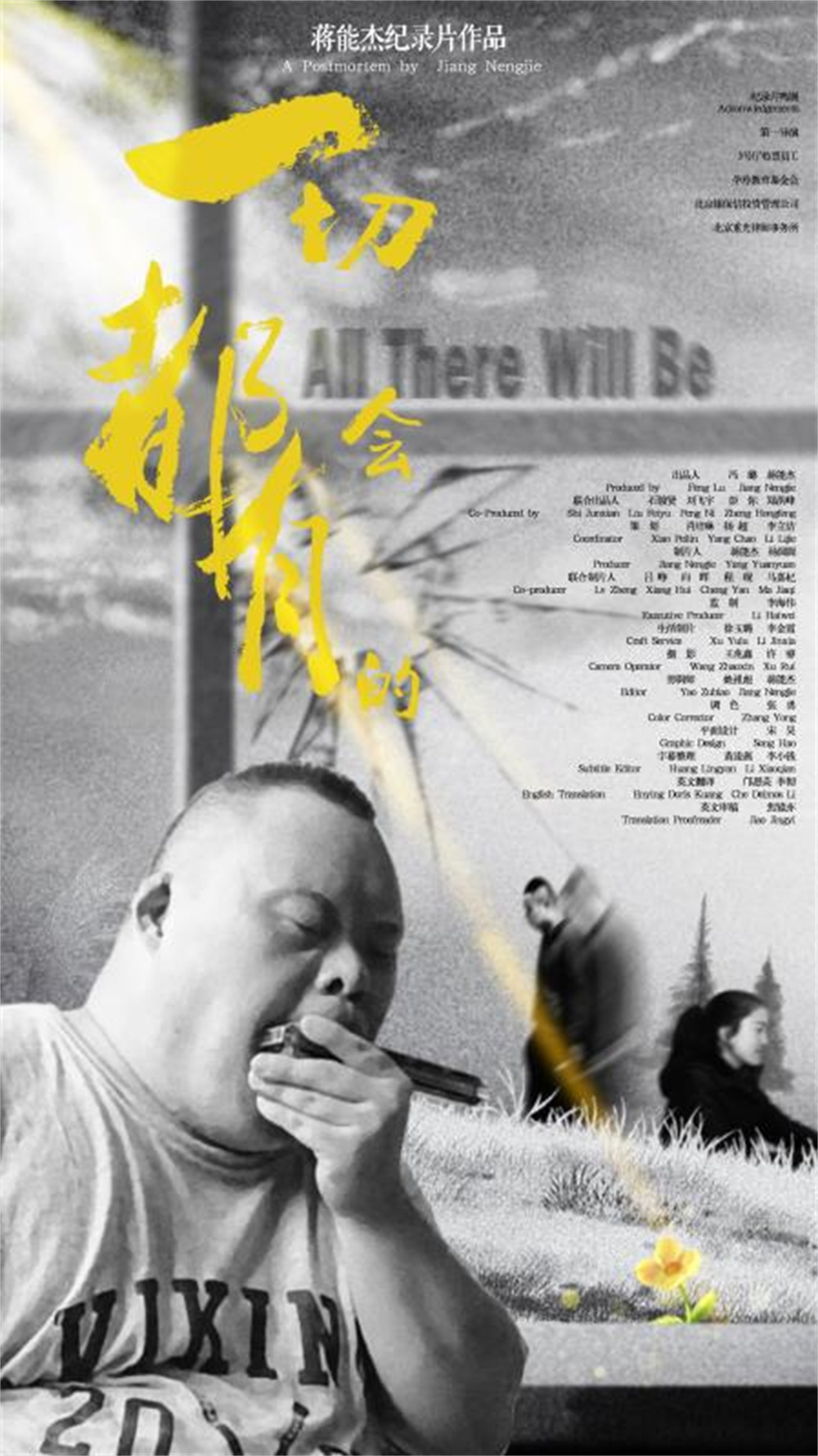 "Everything Will Be" poster

"Highway Essays" directed by Tang Mingshuang recorded a public welfare activity called "Taiwan Cycling Angels". The purpose of the Taiwan Cycling Angel Shenzhou Dream Charity Tour is to help disadvantaged young people on both sides of the Taiwan Strait realize their dream of riding Shenzhou, and strengthen cultural exchanges between young people on both sides of the Taiwan Strait. Under the leadership of founder Yang Minzhong, a group of college student volunteers from the mainland went through convocation and selection to Taiwan to assist 26 disadvantaged junior high school students from remote areas to travel around Taiwan Island and ride to the mainland. This is not only a touching public welfare activity, but also shows that "cross-strait is one family, China is heart-to-heart". The film was shortlisted for the Golden Tree International Documentary Film Festival in Germany.

Another work worth noting is "Hundred Herbs Garden" co-directed by Spider Baobab and Yue Yuan. The film records the last 14 business days before the 11-year-old Wuhan Baicaoyuan Bookstore permanently closes. Baicao Garden is Lu Xun's childhood paradise, while the "Baicao Garden" bookstore is a spiritual paradise for readers. The encounter between people and books collides with the light of thought and becomes the torch that ignites life. Founded in March 2010, the Wuhan Baicaoyuan Bookstore, which specializes in humanities, social sciences and art books, is deeply loved by countless readers and has always been the No. 1 bookstore in Wuhan. There is an unspeakable bitter story behind the closing of the store. The bookstore is so important to the construction of urban culture, but in the face of reality, it is so vulnerable. The film was launched on streaming media platforms and received over 2.5 million views. 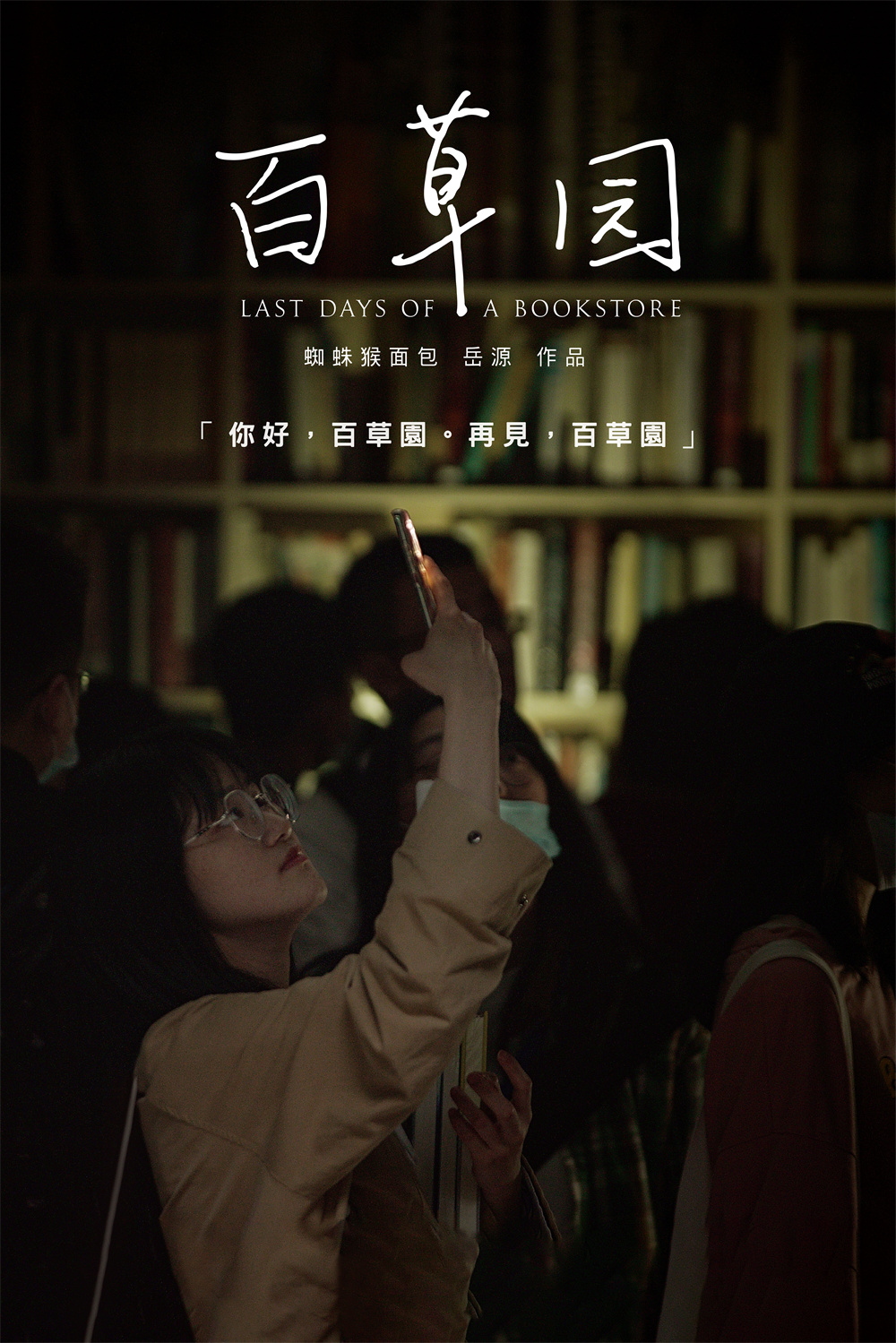 A wealth of art documentaries
"Debut" directed by up-and-coming director Zhang Yaoyuan is one of the most popular works in this online screening. The film was shortlisted for the Fountain Unit of the 2022 Osaka Asian Film Festival. The film features Diplodocus, the lead singer of Secondhand Rose, as the protagonist, and records his work and life one month before his 2019 New Year's Eve concert. Facing prejudice and misunderstanding, Liang Long responded in his own way; facing the future, he also started new thinking. He is a hard-edged rock musician on the stage, but what kind of existence is he offstage? The director recorded the unknown Diplodocus with the lens, and also led the audience into the world of Diplodocus. 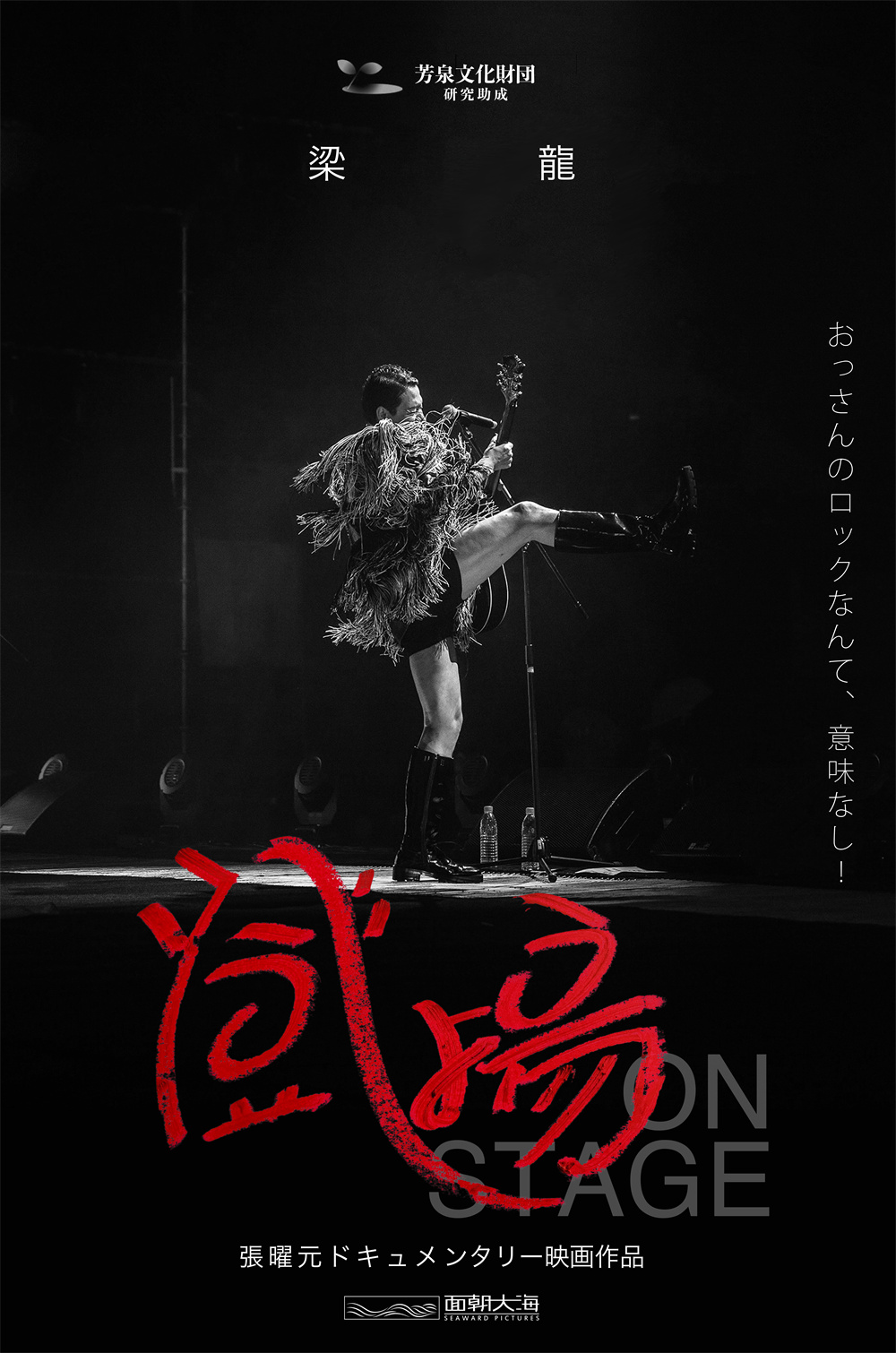 Qin Xiaoyue, a young director who was shortlisted for the China (Guangzhou) International Documentary Festival's "Chinese Story" proposal conference, reunited with the audience with his new film. He Da's Utopia, directed by her, tells the story of He Da and Burning Man. He Da participated in Burning Man in the United States in 2018 and was deeply inspired. When he learned that someone was going to hold a Chinese version of Burning Man, he was determined to take part in the event called "Gobi Paradise" with his art installation. What will the utopia in my heart look like in the Yinshan Desert of Inner Mongolia, China? Following the director's lens and He Da's footsteps, the answers were revealed one by one. 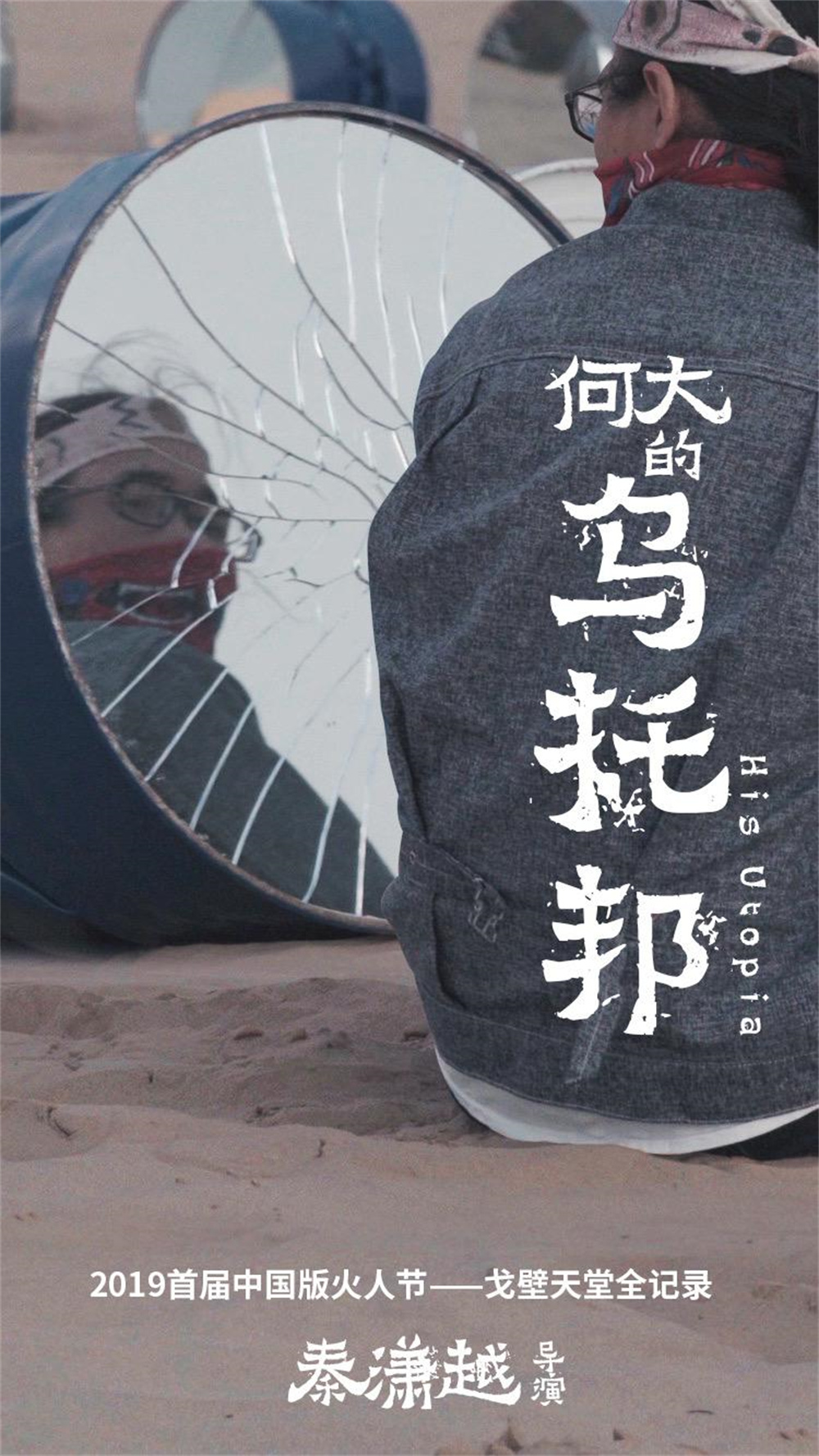 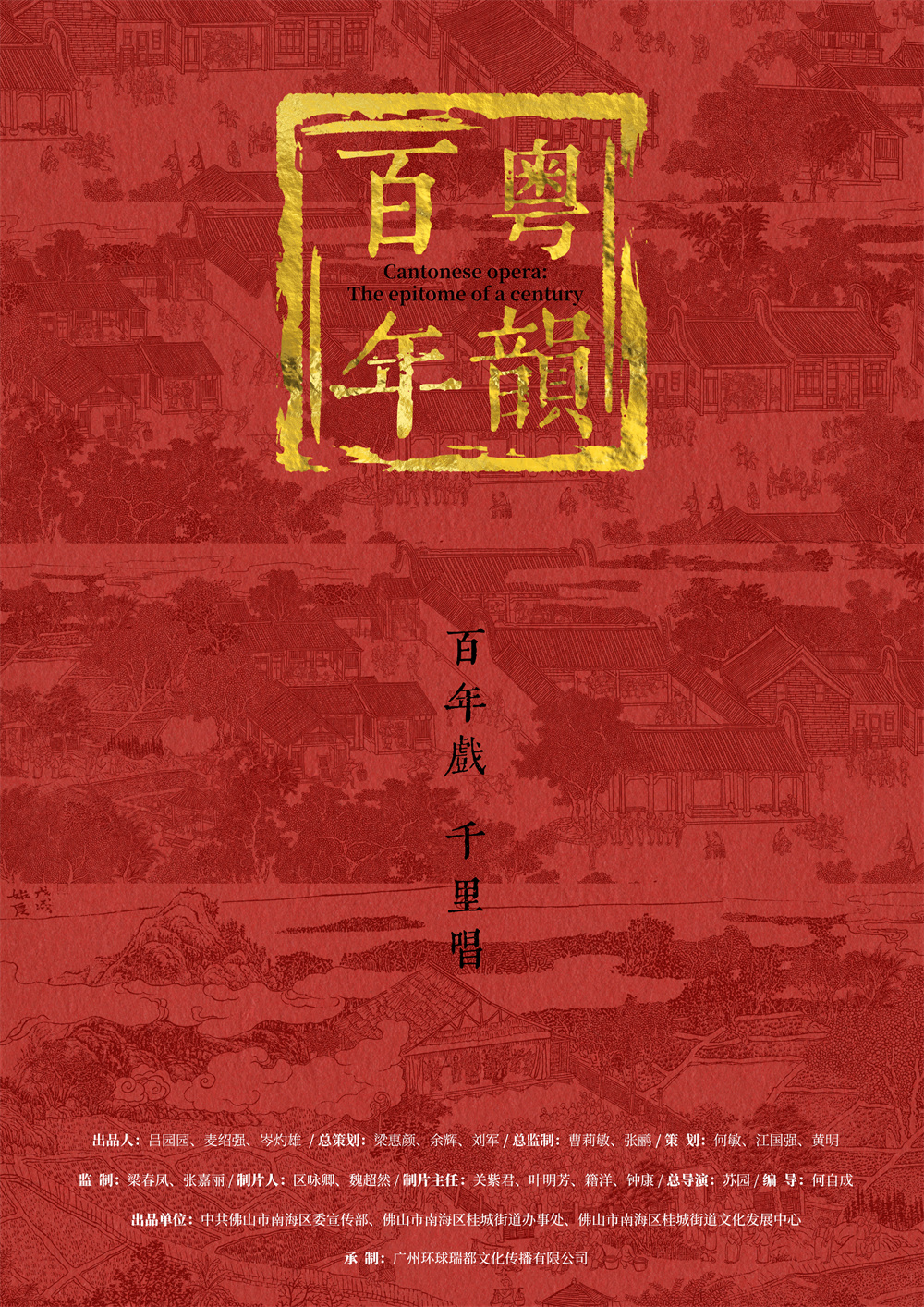