The 2022 Anaya Theatre Festival will resume in June, and the summer seaside will experience "moment and eternity"

On April 15th, the 2022 Anaya Theatre Festival officially announced that this year's theatre festival will be launched again in Qinhuangdao Anaya from June 16th to 26th. The theme of this year's Anaya Theatre Festival is "Moment and Eternity", and the main visual poster was also released on the same day. The specific program list will be announced and ticketed at the end of April. 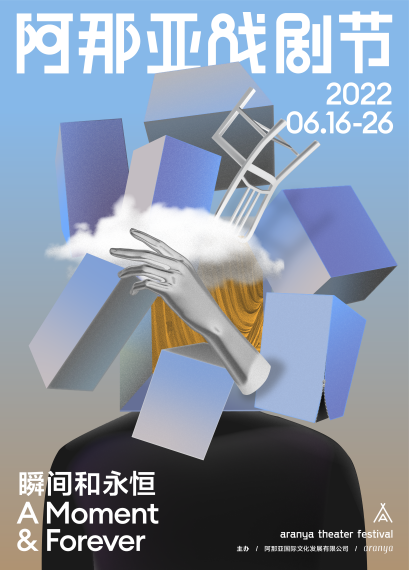 As for the theme of this year's theatre festival "moment and eternity", Meng Jinghui, artistic director of the Anaya Theatre Festival, explained: "Moment is love, eternity is memory; moment is collective carnival, eternity is self-exile; moment is listening and watching, eternity is Freedom and destruction; the moment is the footprint, the eternity is the road; the waves are the moment, the sea is the eternity; the life is the moment, the moment is the eternity..."
Meng Jinghui expressed the hope that through the theme of "moment and eternity", more interesting thoughts will land on the seaside, hoping that this adventure about drama and dreams, and experiment about life and passion will make beauty and flying become your life. The important moment of the festival also allows the festival to have more diverse, open and inclusive theatrical aesthetics.
The main visual poster of the 2022 Anaya Theatre Festival released on the same day, the changing natural colors reproduce the moment when the sun rises and sets at the seaside. The poster elements take polyhedron as the main image, which is a metaphor for the multi-faceted refraction of real life by drama. When the "polyhedron" spreads out and floats weightlessly, a series of plays are being staged. The person wearing the headgear is like everyone who visits the Aranya Theatre Festival. He/she is not defined or bound. He/she is both an audience and a character. He/she is immersed in the theatrical space to see and be seen, blurring the boundary between reality and drama . This main vision focuses on key words such as "theatrical field, surreal, human, absurd, acting and watching", and also interprets the spirit of the exploration of the boundaries of drama and the infinite creation of the Aranya Theatre Festival. 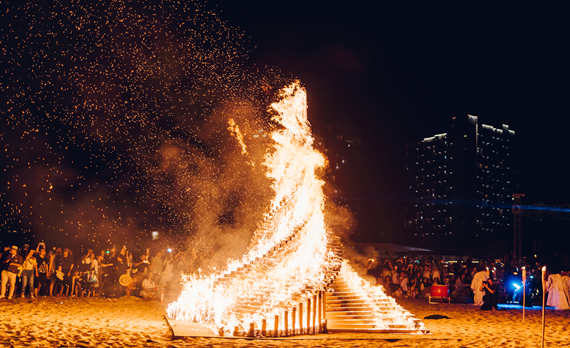 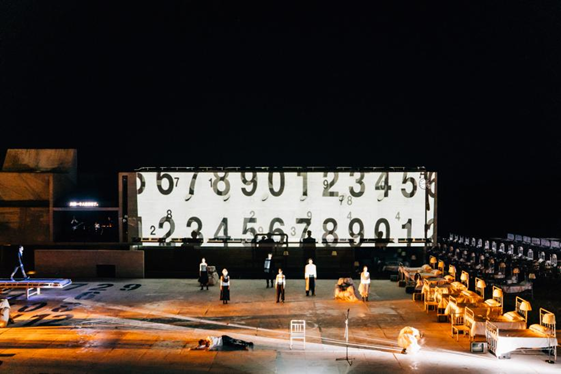 As a unique seaside theatre festival in China, the Anaya Theatre Festival made its debut last year, and it attracted the attention of all parties with its unique founding style. During the 11-day period of last year's Anaya Theatre Festival, hundreds of dramatists and artists from various fields such as literature, music, dance, architecture and so on created a gathering here, with a unique sea landscape as the curtain, creating a unique Seaside Drama Utopia. The four theme sections of [Drama Art Unit], [Life Art Unit], [Cross-Boundary Art Unit], and [Public Art Unit] are used to build the framework of the theatre festival. This interactive form also allows the Anaya Theatre Festival to provide a new experience for the senses of theatre.
Although this year's theatre festival faces greater challenges and difficulties than last year, the Anaya Theatre Festival said that the scale of this year's theatre festival is still not small. The organizers hope that in the summer of 2022, they can still create a rich theatrical atmosphere and wonderful theatrical experience with rich forms, diverse theater spaces and a strong lineup. With an immersive artistic experience and a gesture of cross-border integration, the theater is promoted to the public.