The prime-time premiere of the hit drama "Big Exam" on the main station CCTV-1 is a screen masterpiece that reproduces the collective memory of the people, demonstrates China's majestic spirit, and highly casts the spirit of realism and romanticism of "power" and "beauty". 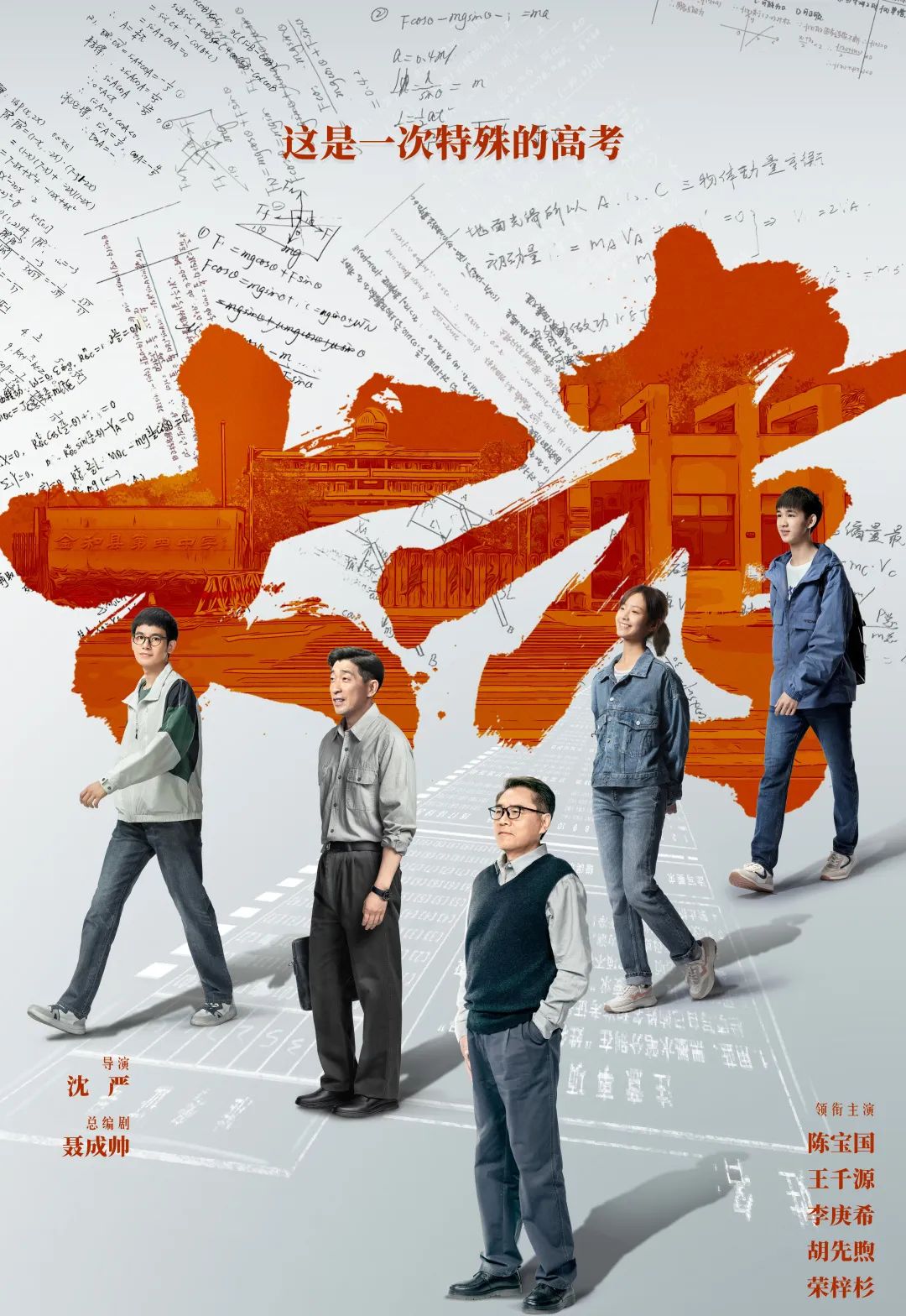 "Big Exam" uses the college entrance examination in a county during the outbreak of the new crown epidemic in 2020 as a "cut", from the two principals and several typical candidates in the play and the families behind them, to a broader social system. , so that the works have depth, breadth, strength and temperature, as well as historical and cultural connotations.

Under the control of the main theme of the work, the multiple narrative clues of the play develop in a staggered manner, creating a relief of the times in which Chinese children from all walks of life are forging ahead in the epidemic in the broad social context. The "big" of "Big Exam" is that the whole drama uses the college entrance examination as a breakthrough to record people's hard work and mutual comfort in the unprecedented predicament of the epidemic, thus writing a bloody poem of unity in this national "big exam", rising The "power" and "beauty" of the Chinese nation's spiritual resonance inside and outside the screen.

The main creative team put this special college entrance examination in the entire social system for aesthetic photos, which not only overlooked the various forms of life from the height of the new era, but also explored the depths of the soul from an individual perspective.

This is an artistic screen reproduction that truly takes root in life and faces life directly.

In his works, Wu Jiajun, a college student who was born with SARS and was admitted to the "new crown", loves painting and longs for art schools, but it has serious conflicts with his mother's standards of "good university" and "good major".

This is a real projection of the differences and contradictions of the intergenerational career choices and industry views of many college entrance examination families and postgraduate families in reality. 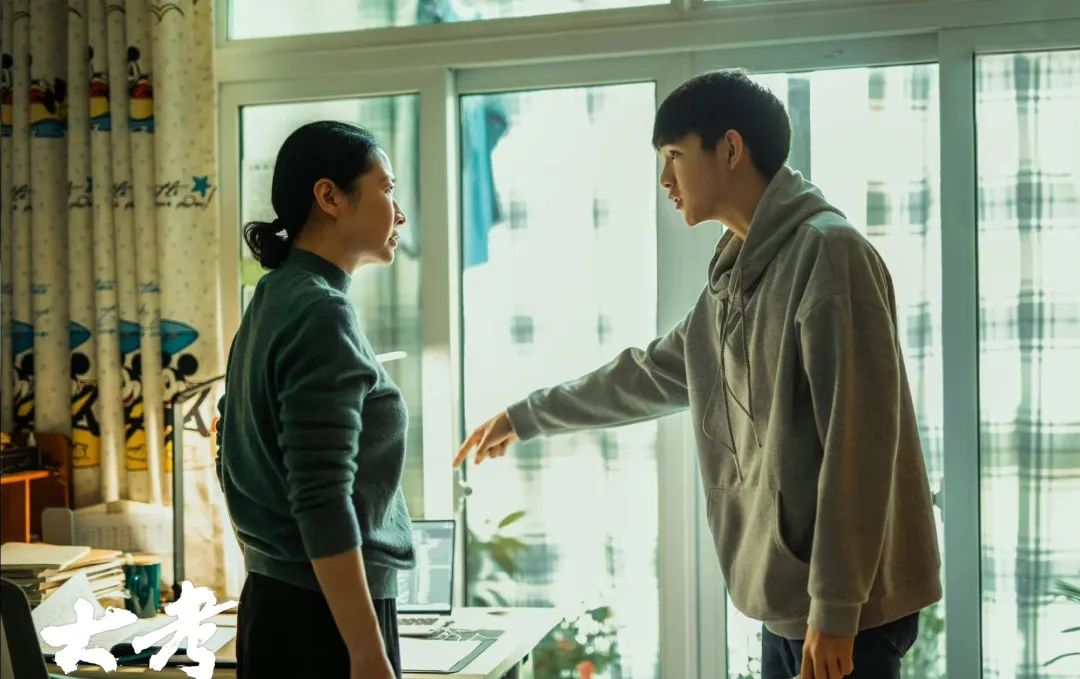 In order to transform "truth" into "beauty" in art, it is necessary to refine realistic contradictions and rationally design dramatic conflicts.

The series of conflicts in the play seem unexpected, but it is reasonable to directly attack many social real problems such as intergenerational conflicts, family education, the dilemma of mother-in-law and daughter-in-law, in-law relationships, and widowhood of the elderly.

Because her parents work in other places all the year round, Tian Wenwen has become a "left-behind girl". Her longing for "home" is always drifting away from reality, which involves the growth psychology of teenagers in reality and social issues such as parent-child relationships in different places.

It should be said that "The Big Exam" is not an anti-epidemic drama, a campus drama, a workplace drama, a family ethics drama, or a social issue drama in the traditional sense.

It is a realist screen masterpiece that breaks the boundaries of genre films and is truly rooted in reality, paying attention to the people, facing up to problems, and facing life.

The "power" and "beauty" of "The Big Exam" lies in the fact that the main creative team directly hits the hearts of the characters with the power of the spirit of realism, and lifts up the beauty of the romantic feelings of the characters.

The characterization of the play eschews some of the masked and stereotyped models of the early years.

This is a rectification of the "binary opposition" and "either-or" one-way thinking mode in character modeling. It tries to start from the whole of real life, and shape "human history" with a harmonious thinking of comprehensive grasp and dialectical development. A typical artistic image that is highly unified with the "historical man".

The wife of Wang Benzhong, the principal of County No. 1 Middle School, she sacrificed herself as a medical staff in the 2003 "SARS" fight against the epidemic.

It should be said that Wang Benzhong's wife is a kind of "absent" "presence" in the play, and always has a subtle and subtle spiritual appeal to her daughter Wang Qian.

When she experienced the battle against death in the epidemic area and was deeply touched, she resolutely went to the local critically ill area to continue fighting. 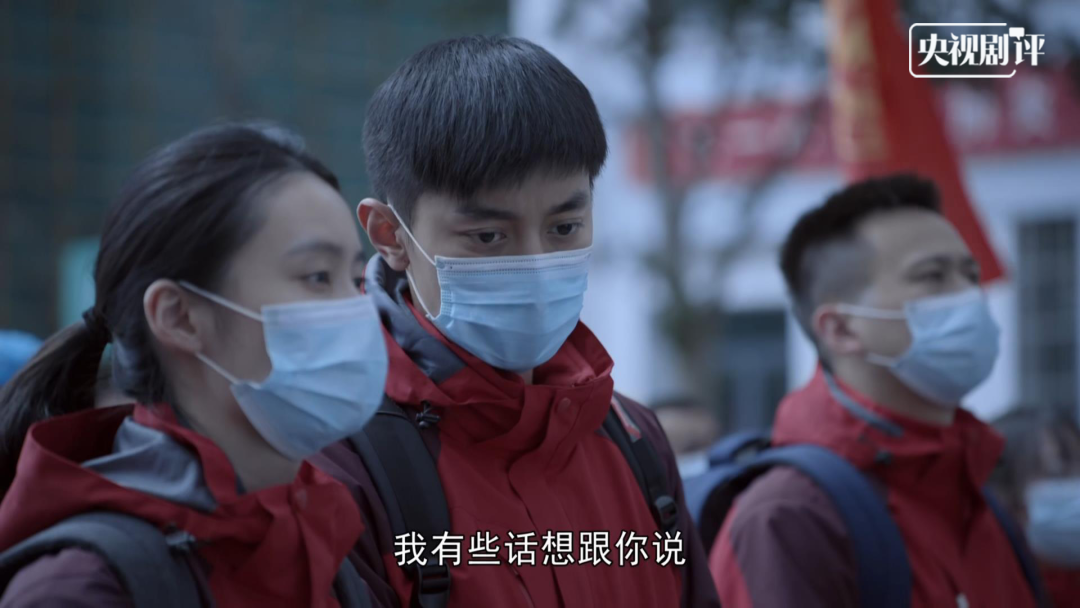 This is the concrete, contingent, sensible, developing "history of man".

Inspired by the dedication of Wang Qian's mother, and under the radiance of the anti-epidemic spirit of all people, there will inevitably be more "Wang Qian" who have grown and sublimated ideologically. 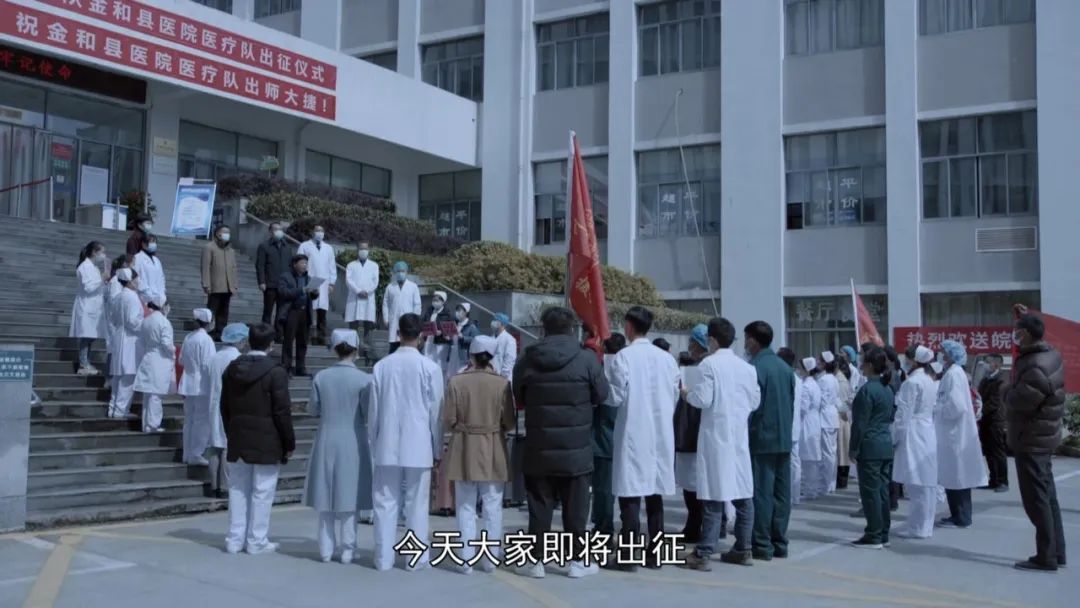 This is the "historical man" created by the historical environment.

Behind the probability and particularity of individual life encounters is the high degree of unification of the particularity and universality of the fate of the characters and historical trends, thus forging a typical image of "human history" and "historical man".

The "power" and "beauty" of "Big Exam" are reflected in the creative screen transformation of the Chinese aesthetic imagery by the creative team with the power of the spirit of realism.

This is not only the advantage of the aesthetic genes of Chinese film and television narrative, but also the inheritance and development of the Chinese aesthetic spirit.

The image creation of "Da Kao" is unique.

For example, the "door" in the play has rich meanings.

The debate between the two middle school principals on student management during the epidemic has always been separated by a "school gate" due to the need for epidemic prevention and control.

This closed door is a concrete representation of the estrangement between the two educators in educational philosophy, and it is also a portrayal of the invisible "heart door" between Weng's son-in-law who has been entangled in the pain of losing his daughter and his wife for many years.

Wu Jiajun's mother forbids the child to lock the door, and even removes the lock cylinder to implement "no dead ends" monitoring. At this time, the "door" has become a metaphor for the estrangement between mother and child, and the brute force removal of the lock cylinder is also a forcible deprivation of the child's independent personality means.

Another example is the "staircase" of the two spaces when the medical team is about to leave in the play, forming an image that echoes each other.

The ladder is the invisible "peak" that needs to be climbed in the "big exam" for medical care and education work.

The wordless care between father and daughter and their perseverance make a kind of family and country feeling of "going for the life and death of the country, how can it be avoided because of misfortune or good fortune" vividly on the screen.

The shot transition of the two staircase scenes reflects the sublime beauty of an intertextual mirror language. 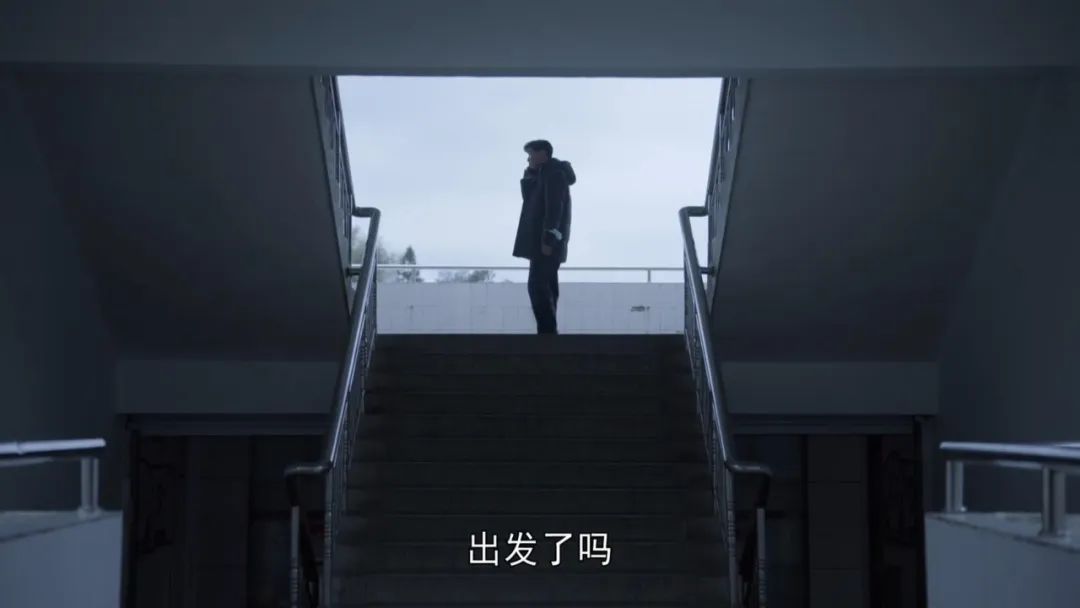 The floating bridge in the play is another important spatial image.

The connection function of the "bridge" in the physical space is projected on the art world, and it often becomes a symbolic symbol of a major turning point in life and a new chapter in life.

The bridge in the play, the scene blends, the virtual and the real coexist, which can be described as rich in meaning.

It is precisely in this "big test" that the whole society and all walks of life are fighting day and night to hold up the "floating bridge" leading to light and hope for the future of the nation in the wind and rain.

In a nutshell, Chinese screens should show Chinese spirit.

With its unique "power" and "beauty", "Big Exam" adds another masterpiece to the growing film and television matrix combining the spirit of realism and romantic feelings.

As a whole, this work has height, depth, breadth, strength and warmth. 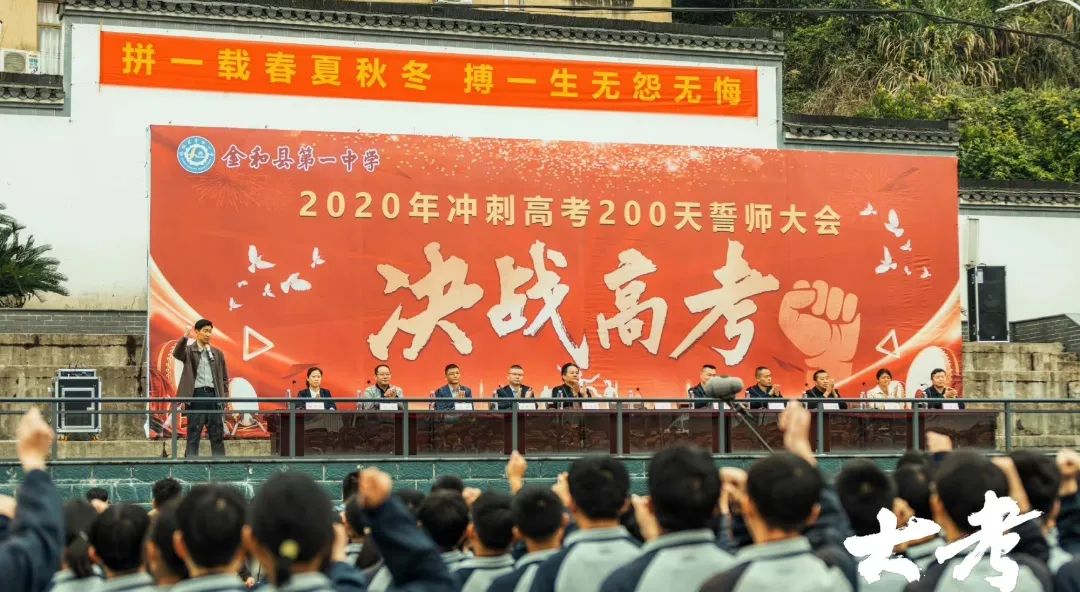 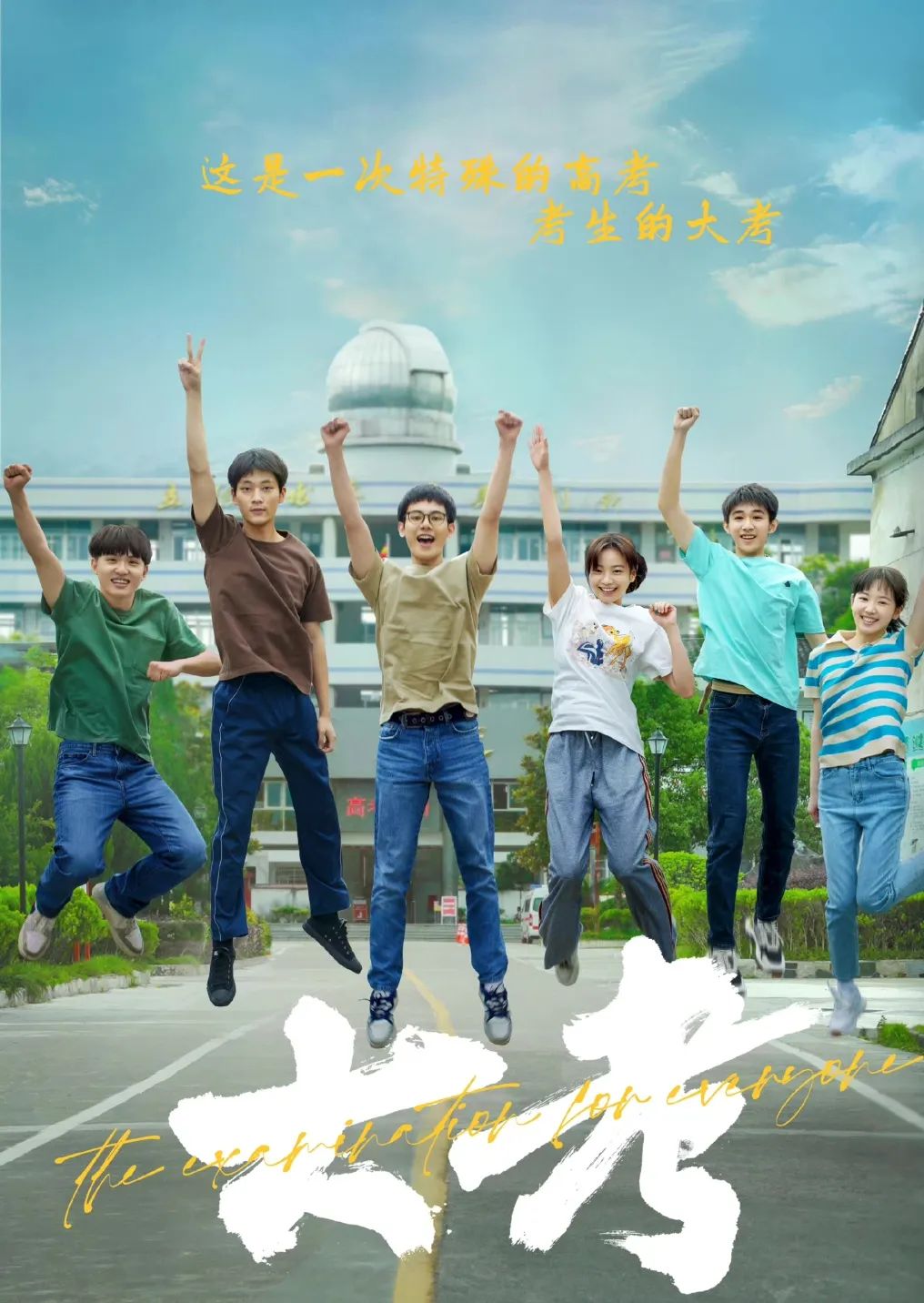