"Song of the Foothills": Bringing workers and factories back to the screen

To a certain extent, this summer belongs to costume dramas, and costume dramas such as "Meng Hualu", "Xinghan Splendid" and "Canglan Jue" have received excellent market response and reputation. The subsequent batch of contemporary TV dramas have been launched, but there are few good word-of-mouth works. However, there is a contemporary TV drama with a relatively unpopular theme and a lineup that is not "top-notch", but it is very worth watching - "Song of Lushan".

"Song of the Foothills" poster

"Song of Lushan" focuses on the transformation of heavy industry enterprises. The "heavy industry for finance" trend that has swept the heavy industry in the past few years cuts into the "Lushan Heavy Industry" (fictional) factory with thousands of people, from corporate leaders to scientific researchers and senior technicians. , multiple groups of young workers, the situation, pain, and confusion in the face of the crisis were vividly displayed, and finally converged into a polyphonic symphony from the pain of the times to the praise of innovation.

According to the statistics of China Audiovisual Big Data (CVB), "Song of Lushan" has topped the ratings list for many days after the first set of CCTV was launched. Good results, and the score on Douban stabilized at 7.8 points.

The reason why this drama makes the author want to recommend it is first of all its scarcity as an industrial drama. A few decades ago, industrial-themed film and television dramas were not scarce. Works such as "The Inauguration of Director Qiao", "Red Orange Yellow Green Blue Blue Purple", and "Workshop Director" have all received attention and praise from the audience on the TV screen. To a certain extent, the popularity of industrial-themed film and television dramas during that period was also a reflection of social reality. In those days, workers were one of the most enviable and respected occupations. However, decades later, in workplace dramas, recognized urban white-collar workers and even golden-collar workers in the fields of law, finance, and Internet became the protagonists of film and television dramas, while workers were the protagonists of TV dramas. Even if there are TV dramas with industrial themes, the focus of their characterization is often not ordinary workers, but engineers and designers. Even if ordinary workers are the protagonists, their characterizations tend to be stereotyped or middle-class. 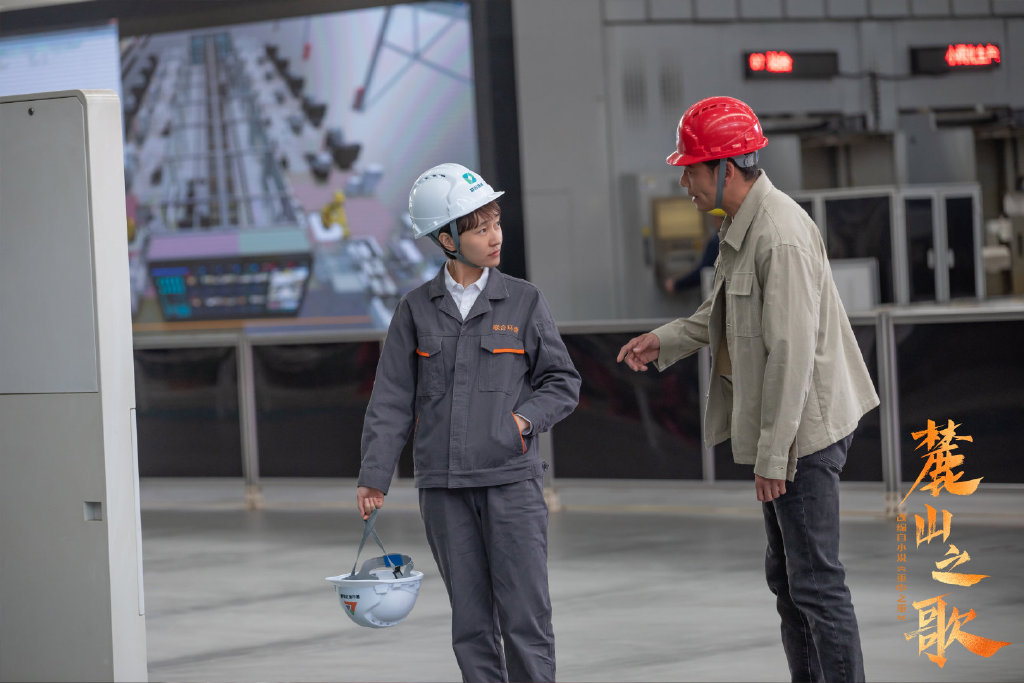 In addition, the value of "Song of Lushan" lies in the true portrayal of the spiritual outlook, living conditions and work status of ordinary workers. In the first few episodes, the heroine offered to resign because there was no hope of promotion. "White-collar workers can still escape from Beijing, Shanghai and Guangzhou, while blue-collar workers can only escape from the factory", "time, money, respect, workers have nothing" and other lines, directly pointed out some ordinary Status of workers.

Screenwriter Wang Chenggang used to work in a factory and also as a reporter, and has conducted in-depth interviews with many heavy industry companies. In an exclusive interview with The Paper, he mentioned that he had interviewed delivery workers and learned that many of this professional group were former workers. He bluntly said that the food delivery job has a high risk of work-related injuries and occupational diseases, and lacks opportunities for skill improvement and promotion. "I can do it for three to five years at most", but it still attracts many young workers to give up their factory jobs. To deliver food, so, "What's wrong with our industry?" 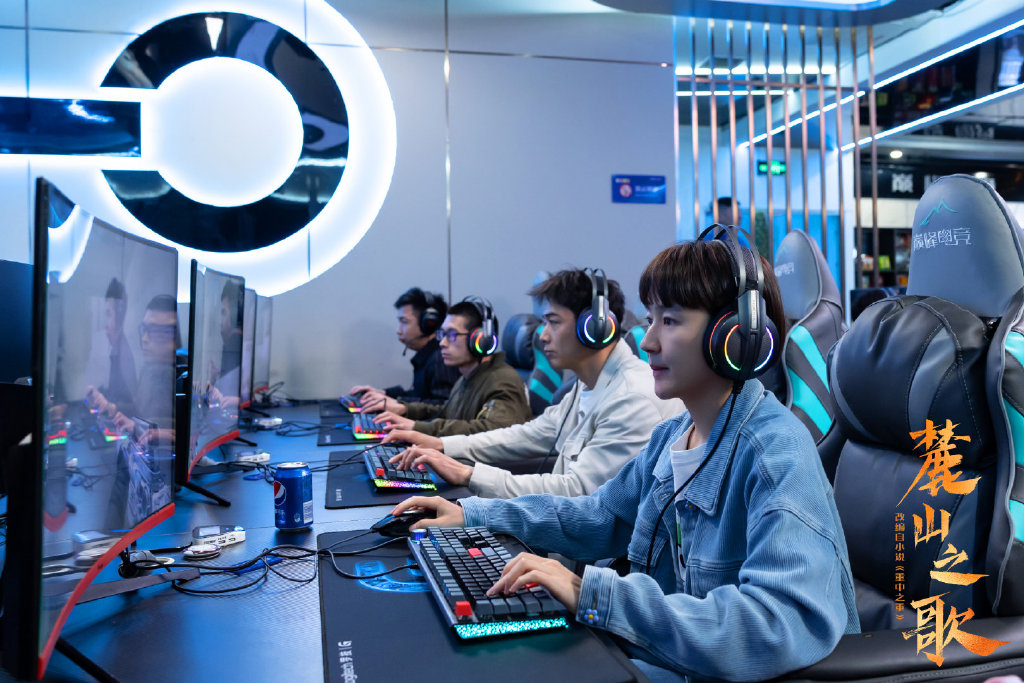 With this question and a sense of social responsibility, the screenwriter tried to show the real plight of workers and factories as much as possible, so that the industry and group could return to the audience. This is undoubtedly a choice against the market trend.

As mentioned above, the fundamental reason for the collective "white-collar" and "gold-collar" of the protagonists of film and television dramas is that after decades of reform and opening up, the market economy has reshaped social values, urban culture and white-collar culture have become the mainstream of culture, and urban white-collar culture has become the mainstream of culture. They have also gradually mastered the cultural discourse power in the Internet age. The workers gradually became "aphasia" and withdrew from the field of vision for the creation of popular cultural products. It is commendable to be able to insist on creating such a work in the current film and television market environment. Of course, it is also necessary to admit that "Song of Lushan", as a key theme project promoted by Hunan Radio and Television, has the confidence to let go of creation.

However, the theme of the main theme is recognized as difficult in the industry. Of course, the "position" must be "high", but it must avoid "the height is too cold", the theme must be "big", but empty slogans must be avoided, and the content must be "deep". ”, but it has to be understood and enjoyed by the audience. In addition to the meticulous writing of screenwriter Wang Chenggang, director Mao Weining contributed greatly to the final presentation of "Song of Lushan".

Mao Weining has also created many theme works before, such as the "Nengwen, Nengwu, Li Yannian" unit in "Meritorious Achievements", which has been well received by the audience. He is very good at finding micro-narrative cuts in grand themes, supplemented by a very realistic audio-visual language, to help the audience enter the story. For the audio-visual language of "Song of Lushan", Mao Weining determined the main direction of expression from the beginning: "the relationship between man and machine". In order to truly present the texture and aesthetics of the "Three Works", the crew filmed the heavy industrial machine for three days before starting the machine. After starting the machine, they used a variety of technical means to adjust the ratio and angle of the human and the machine from multiple perspectives, so that the relationship between the two changed. more delicate and attractive.

"Song of Lushan" also has its problems. This drama is indeed not a TV drama like "falling in love under the banner of a professional drama", but its professional improvement has also raised the threshold for watching dramas. As soon as the lines such as "German Industry 4.0", "Return of American Manufacturing Industry", "High-Pressure Piston Pump" and "Main Bearing of Roadheader" came out, the audience didn't pay much attention to the current affairs news or the understanding of industrial technology. foggy water. It is reported that when the show first aired, only about 20% of the downstream audience (the audience who survived from the TV series when it was launched) remained, but according to the past experience of the platform. The audience retention rate should reach more than 60% to 70% in order to ensure a better viewing performance.

TV dramas have always been considered more popular and marketable cultural content than movies, and need to take into account the widest audience. In the current market environment of film and television dramas, platforms and employers pay more attention to the creation of "all-people-oriented content", and want to "income" as many audiences as possible, then correspondingly, to adapt to this "all-people-oriented content" demand Creation mostly requires lowering the entry threshold for dramas. Moreover, as far as the current market is concerned, many employers and producers believe that "young audiences are the future", and catering to the tastes of young people (even if this taste is only some kind of misunderstanding and imagination) is the most important task of creation. Therefore, we have also seen more and more works that are criticized as "young", "dog blood" and "simple" in the market. However, "Should there be no thresholds for all TV dramas?" This question, the author thinks, is worth thinking about.

According to the survey of Guduo data, the audience of "Song of Lushan" accounts for nearly 80% of the audience over the age of 30, which seems to confirm some of the aforementioned "theories". However, young audiences will also mature and age. In life, they will gradually begin to take on more responsibilities, experience more challenges, and go through ups and downs in life. As their experience and knowledge accumulate, they will also need to become more mature and profound. works, giving them resonance and reflection. Also, do young audiences really dislike main themes and serious themes? The popularity of works such as "Awakening Age", "Shan Hai Qing" and "The World" has refuted this point. What young audiences reject is not seriousness and profoundness, but falsehoods and routines, and works that are careless. If the work itself is not mindful, how can we ask the audience to watch it with their heart and think with their brains? Even though in the first half of this year, reality-themed TV dramas were slightly weak, but in recent years, the rise of the main theme and reality-themed TV dramas has become the general trend. If it wants to develop healthily and long-term, perhaps the industry needs to rethink the so-called "threshold" of TV dramas. 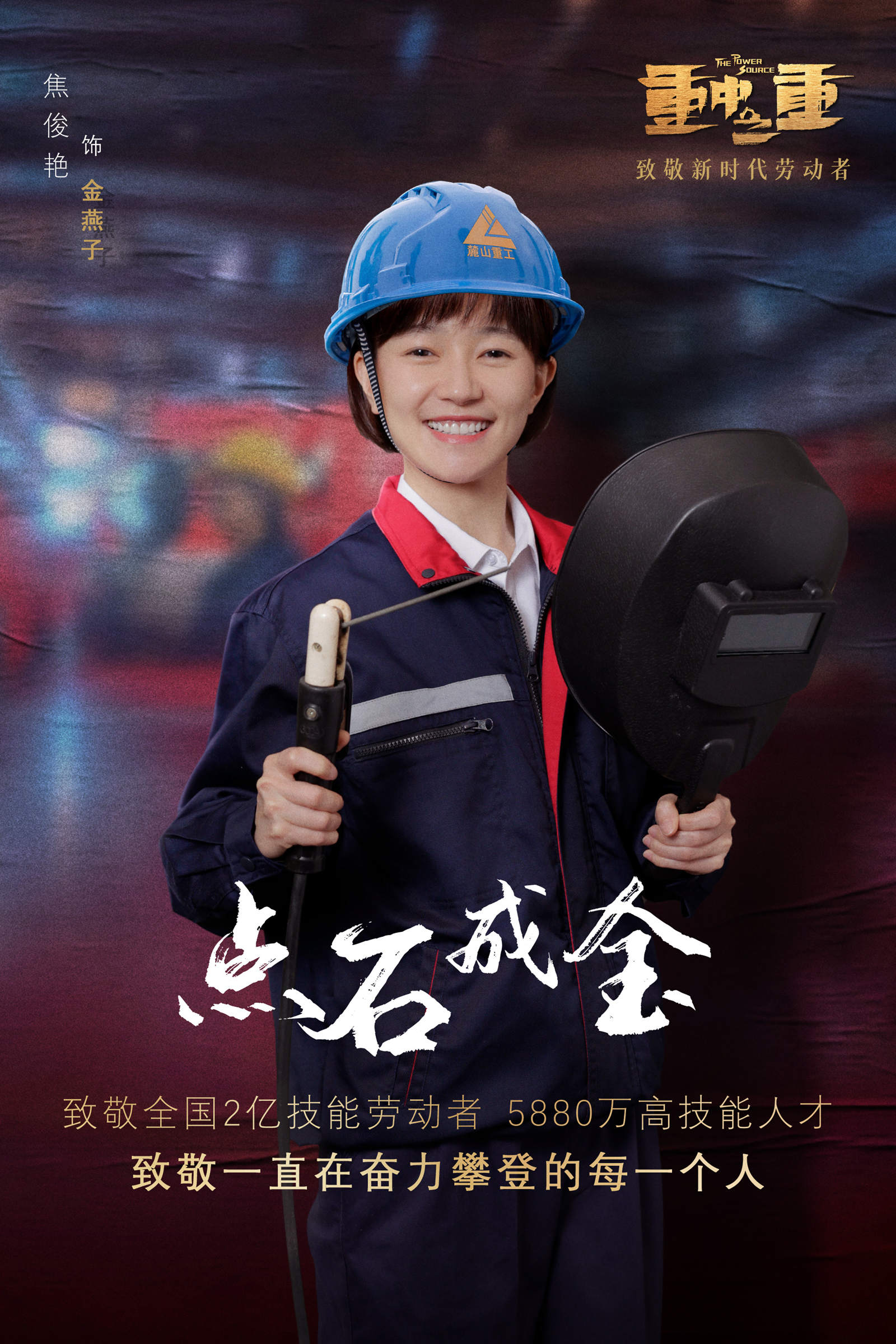 Finally, I would like to praise the lead actor Jiao Junyan. She has an almost plain face in the whole play. The excellent mechanic character in the play has learned everything from welder to driving excavator, and has reached a fairly proficient level of operation. In all the work scenes in the play, she personally goes into battle, "starting work" while performing, the difficulty can be imagined , Jiao Junyan won all of them with practical and unmixed efforts. If there are more actresses like this, the female characters in urban dramas will be less suspended.