Seeking a prison for support because of old age and nowhere to go?

As we all know, Japan is one of the most aging countries in the world; and among the elderly population, the proportion of people living alone has increased exponentially in recent years. Scholar Ueno Chizuko pointed out in the book "Farewell to the World in a Familiar Home" that in 2007, the proportion of people living alone accounted for 15.7% of Japan's elderly population; by 2019, this proportion had surged to 27%. Among the elderly living alone, there are not a few people who are single for life. Elderly single men who have worked for most of their lives can still count on pensions; while elderly single women who have lived their entire lives on odd jobs are the most worrying. How on earth can such people get rid of the fate of dying at home? The answer given in the comedy "Kiriko Hitohashi's Criminal Diary" recently aired on NHK is: go to prison by all means! 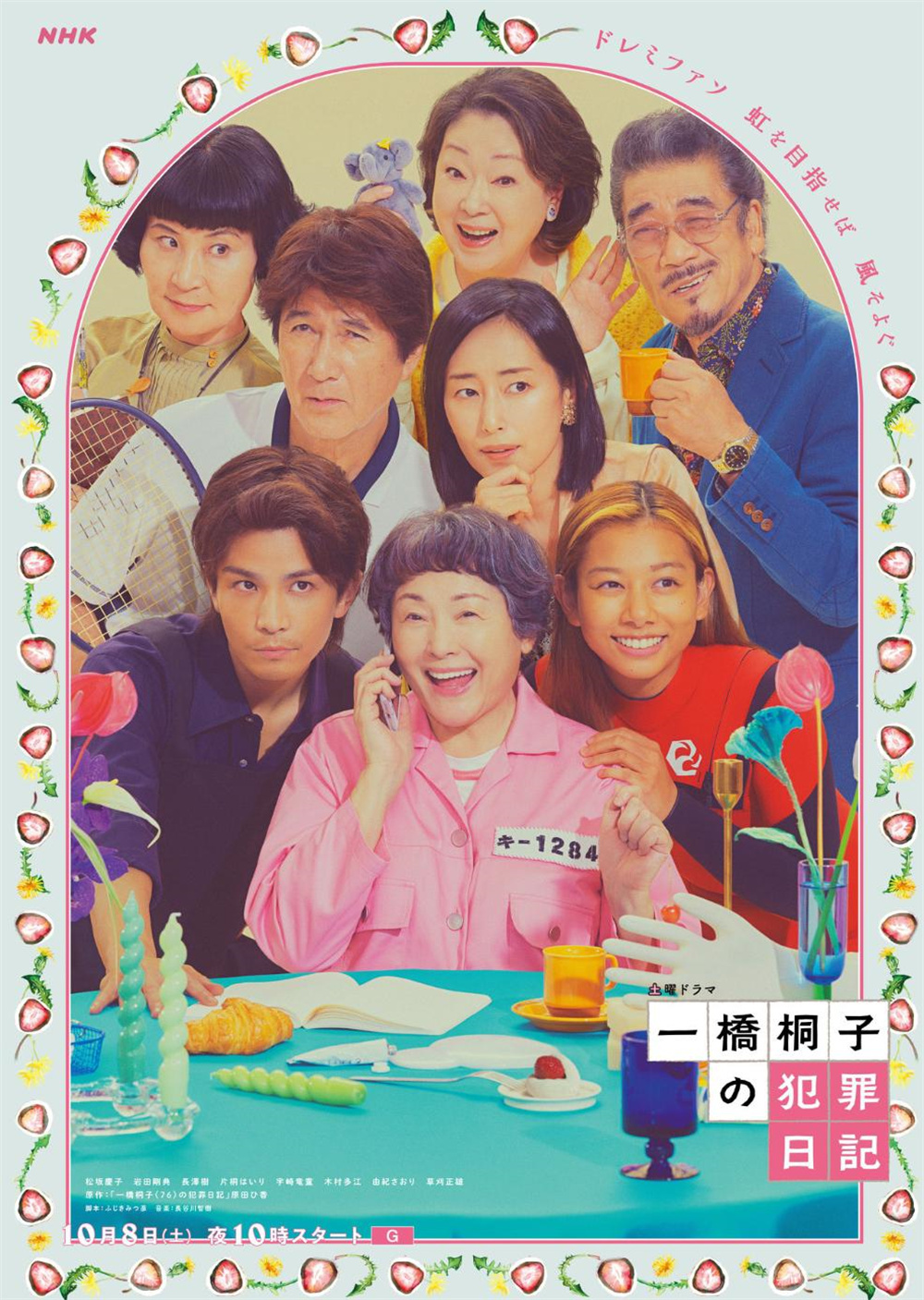 The protagonist of this five-episode short Japanese drama, Kiriko Ichihashi, was busy taking care of her chronically ill parents when she was young, and missed the best time for love, study and work. After her parents passed away, she made a living by cleaning at pachinko parlors, and her hair became rosy before she knew it. Unexpectedly, in the haiku creation interest class, she met Zhizi, a "happy widow" (referring to an elderly woman who lived a carefree life after being widowed), who was very close to her. Zhizi proposed that the two live together. This cheerful, optimistic and versatile friend brought an unprecedented spring to Tongzi's life.

However, three years later, Zhizi passed away due to illness, and Tongzi had to move out of the courtyard they rented together. Having become helpless again, she felt that life was becoming more and more unsustainable. At this time, a piece of news about the crime of the elderly gave her an idea: Not only does the prison not charge rent, but it also provides three meals a day. Isn't it a good place to entrust the rest of your life? So, Tongzi racked her brains and tried various ways to send herself in. However, due to her ignorance in the world and her kind nature, Tongzi's criminal path has gone through theft, marriage fraud, abduction, and murder, but she stumbles and makes many jokes. Miraculously, all kinds of people she met in the process of committing crimes gradually became her allies. In the end, did Tongzi get what she wanted? Let's wait for the answer to be revealed in the play.

Generally speaking, prisons deprive people of their most basic freedoms, and there is no privacy in the collective life there. It is undoubtedly a very terrifying existence. However, in Tongzi’s vision, wearing the refreshing and simple pink prison clothes, he can sit in the high wall with his inmates and enjoy the cherry blossoms, he can occasionally participate in sports games, he can pass his leisure time with handicrafts (stepping on the sewing machine), and perhaps I can learn a handicraft such as cutting hair. In this way, even if I can’t get a heavy sentence, I can at least have a skill to make ends meet in the society in the future; the young inmates in the same room will also take care of senior criminals... It’s a joyous experience. The vision is nothing short of utopian.

However, even if we know that the prison in Tongzi's imagination has a bottomless filter, we can understand this idea on the other hand. After all, art comes from life, compared to the documentaries produced by NHK, such as those elderly people who died alone at home in "No Fate Society" and "Old Man Bankrupt", and when they were found a few months later, their bodies had no exact shape; Debt, counting money with fingers every day, worrying about where the next meal will be for the elderly; prison, can indeed be regarded as a prison.

In reality, there are many old people who have similar thoughts to Tongzi in Japan today. According to statistics, the proportion of senior criminals over the age of 65 in Japan was 5% in 1997, and it increased to 20% in 2017 20 years later. In other words, one out of every five criminals is an elderly person, and most of them, like Tongzi, commit crimes that are harmless to humans and animals, mainly petty theft. Not only in Japan, but also in Shanghai two years ago, there was a woman who lived in a five-star hotel after retirement and spent all her savings, so she planned to rob a gold store, in order to be sent to prison and live her life; After awaiting trial, she persevered and robbed another gold shop, and finally entered the palace as she wished. 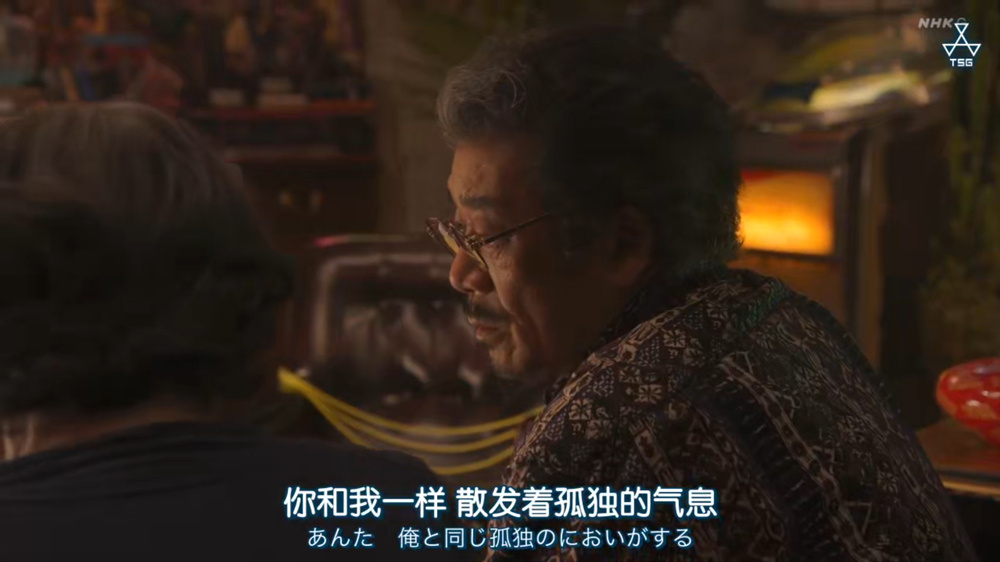 "A Breath of Solitude"

The reason why there is such a trend is not that these elderly criminals in reality are as innocent as the protagonists in the play and imagine the prison too beautifully, but it reflects exactly what they experienced and felt in society. How bad and unbearable. It is this attention to reality that adds a lot of highlights to "Kiriko Hitoko's Criminal Diary".

The protagonist Kiriko Hitohashi in the play is played by Keiko Matsuzaka. When she was young, she was beautiful and charming, but now that she is fat and covered with a pot head, her temperament has completely turned to cuteness. Objectively speaking, Keiko Matsuzaka's performance in the play is a bit exaggerated, but for such a comedy with a tragic core, such exaggeration is just right. If "Ashin" Yuko Tanaka were to play it, it would be even more bitter than a documentary, and it would directly change from a comedy to a depressive one. The reality is harsh enough, if you watch a drama, at least let us laugh and cry.