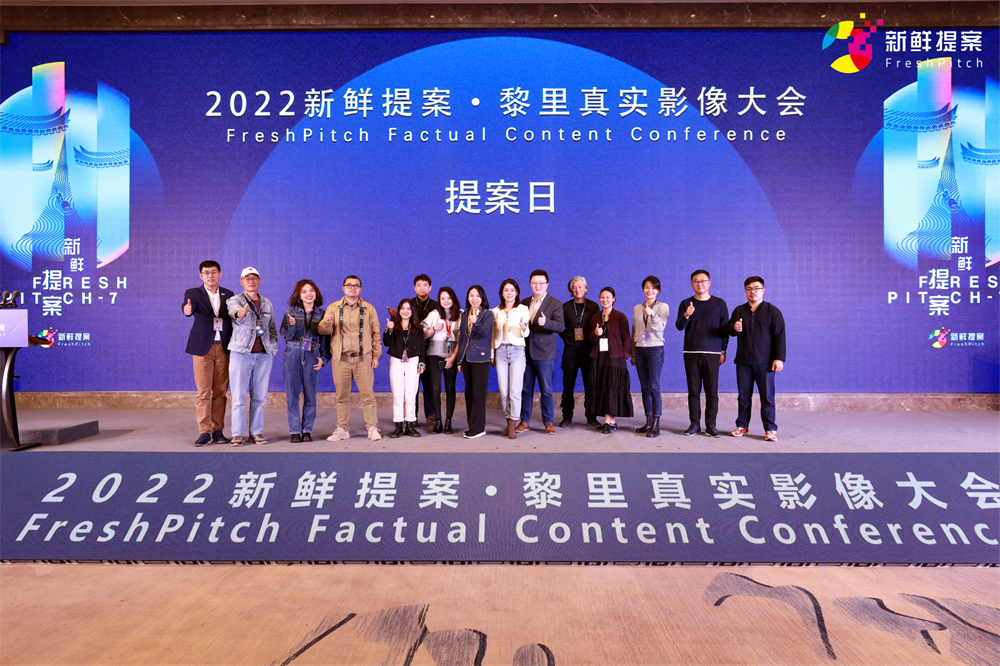 159 domestic and foreign works were solicited from all over the world, 20 outstanding works received the opportunity to propose on-site, and finally 8 proposed works stood out... At the closing ceremony of the 2022 Fresh Proposal Lili Real Image Conference, the proposed work "Replica Replika" attracted a lot of attention. It has attracted a lot of attention from the industry, and was selected as the best single proposal, the best creative proposal and the CCDF selection proposal at the conference. "Copy Lover" tells the story of a group of young people in Generation Z who choose to enter a romantic relationship with a romantic and loyal artificial intelligence. However, what did they pay and get for it? 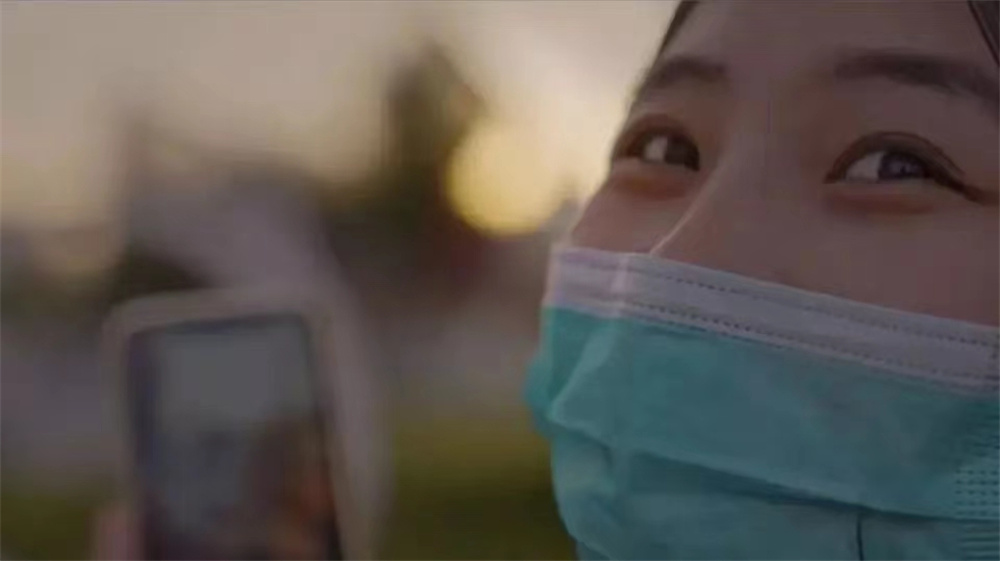 The decision maker commented: The project is very novel and can bring a new sensory experience. The AI lover reflects the current young people's cognition of intimacy. In the film, you can see many types of emotional relationships, which are very full and rich. It is recommended In terms of character selection, the perspective can be more diverse.

In addition, it tells a collection of stories about the joint protection of crested ibis by three countries, "A Tale of 4000 Rubies", "Kungfu Hockey" (Kungfu Hockey), a cross-border ice hockey project by Kung Fu Kid in order to realize the dream of Shangbing, Project Huizhou (Project Huizhou: Business vs Blood), about the migrant worker family behind "China Speed", as well as "Nobody's Fight", "Countryside", "Women" at Home) and other works are also included in the list of recommended proposals for the 2022 Fresh Proposal Lili Real Image Conference. 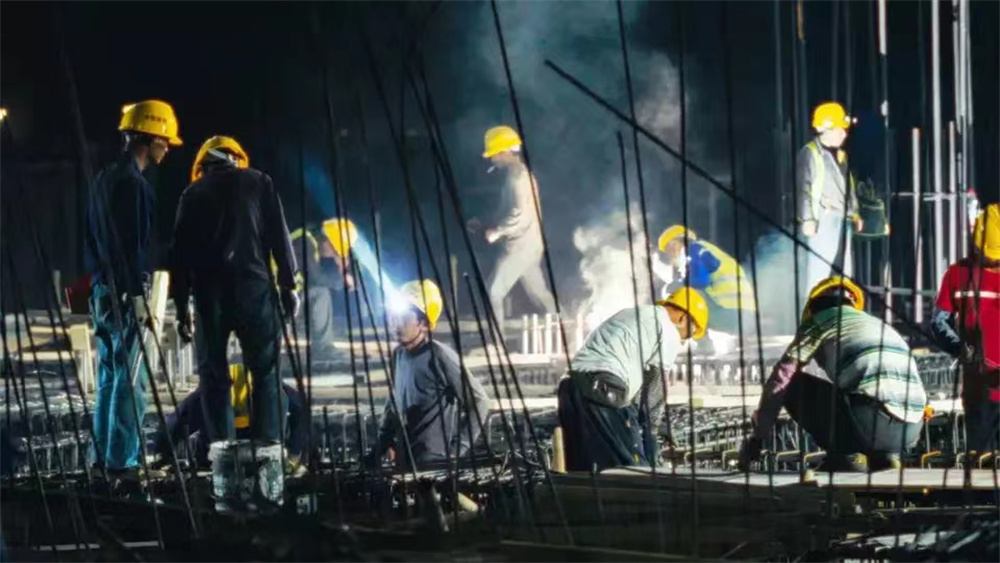 Newcomers, new works, and even more excellent works. In the past seven years, nearly a thousand proposals have been collected from all over the world. The Fresh Proposal Real Video Conference fully utilizes the platform advantages of festivals and exhibitions, gathers industry forces, fine-screens creative proposals, incubates excellent "seeds", and discovers It opens up many industry possibilities and new spaces.

This year, around the theme of "Endless Frontier", the conference retains fixed sections such as Proposal Section, Lili Forum, Fresh Lab, Fresh Dialogue, Fresh Promotion, and Fresh Trend, and also innovates and explores the cutting-edge section of documentaries. "Libili Fresh Choice", launched the "Fresh Talent Program" section, set up a new public participation section, and launched a special event in Beijing to further extend the influence of the event and documentary images. 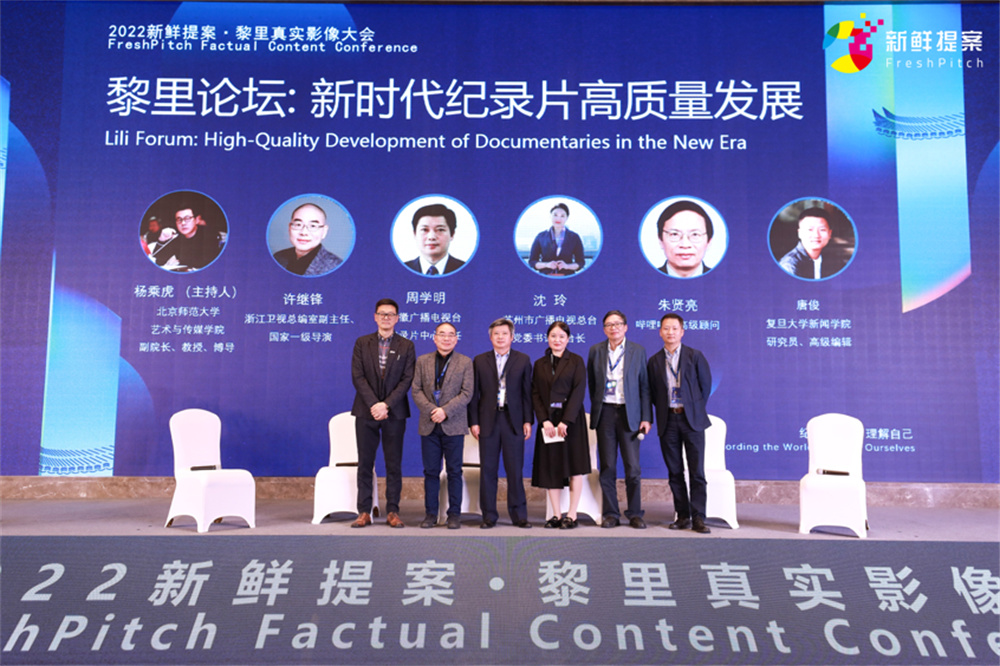 Zhou Xueming, director of the Documentary Center of Anhui Radio and Television, proposed two "fines" in creation from the successful practice of Huizhou-style documentaries: how to choose carefully in the topic selection, and how to cultivate carefully in the production. Shen Ling, Secretary of the Party Committee and Director of Suzhou Radio and Television General Station, shared the new experience of Suzhou Station's industrial planning with the idea of media integration.

Zhu Xianliang, senior consultant of Bilibili Documentary, mentioned that the key to the popularity of Bilibili documentaries by young people is to advance with the times and walk with young people. The expression of the main theme of innovation is to improve the patriotic enthusiasm of the youth group; the inheritance of excellent traditional culture is to improve the cultural self-confidence of the youth group. Tang Jun, a researcher and senior editor at the School of Journalism of Fudan University, pointed out that in the future, more forms of images such as interactive documentaries, animated documentaries, and VR documentaries will be recognized and accepted by the public, which will bring opportunities to the documentary industry. challenge.

With the theme of "Documentary - Regional Image Building and Industry Empowerment", Xiao Long, the host of the conference forum, invited Xu Jifeng, deputy director of Zhejiang Satellite TV's editor-in-chief and national first-class director, and Zhu Xiaoqian, deputy director of Shanghai Radio and Television Documentary Center and deputy director of Documentary Humanities Channel. , Han Yun, Director of Youku Documentary Channel, discussed the role of documentaries in shaping regional images. When talking about the empowerment of documentaries and urban cultural tourism, Xu Jifeng pointed out that it is necessary to find a temperament and logical connection with the surrounding resources. "Through documentaries as an entrance, some new resource possibilities can be introduced, which is a way to open up the cultural tourism market." Han Yun said that from the perspective of the combination of documentaries and cities, the important thing is to make differences, and also need to have Innovative thinking and finding a particularly unique way to open it will be very attractive.

The key premise of good communication is to find good topics, and then spread good stories through more diverse channels. From an international perspective, at the "New Era, New Image - Documentary Communication Forum", Chen Yinan, head of the Shanghai Radio and Television Documentary Center Studio, and Zhang Yuan, deputy editor-in-chief of Warner Bros. Discovery Group China, jointly discussed the foreign communication of documentaries. . Zhang Yuan believes that in order to do a good job in external communication, it is necessary to insist that Chinese stories be produced in China and then spread globally. The cooperation between Chinese and foreign production teams is extremely important. Zhang Yuan believes that cooperating with foreign documentary production agencies should not only learn their international vision, but also continuously improve the innovative ability of documentary production and the ability to use new technologies, "because technology and content are inseparable."

Previously, the first Beijing special session of the conference also revolved around themes such as "Images Witness Rural China and Rural Revitalization", "'Metaverse' and New Ideas for Documentary Films", and "Development of Young Image Talents". Starting from the perspective of "ideas", "new expressions", "new technologies", "new talents" and "new stories", through many cross-border dialogues, the discussion and imagination of the "endless frontier" of documentary images have been opened.

High-quality development, talent training, and international communication are old topics, but in the new era there are still new stories, new needs and new problems. Documentary creators need to keep innovating and expressing, developing ideas, and continuing to tell wonderful stories with fresh creativity and an international perspective. Chinese story.

Pay attention to the image and pay more attention to the person behind the image. A sustainable industry must be supported by a steady stream of fresh talents. The Real Image Conference has made many useful explorations in the talent support and training of young video professionals in China. Following the "Fresh Producer" program, this year's "Fresh Talent Program" also opens up new ideas for the cultivation of young talents and the growth of the industry, attracting more young people to participate in the creation and production of real images.

In addition to on-site proposals and venture capital sessions, the conference also cooperated with new media platforms such as Bilibili and Weibo, and continued to inject freshness into the documentary through a series of activities. To achieve the dissemination of documentary images through differentiated play methods, the new public participation section of the conference has further shortened the distance between documentary and the public.

During the Lili Real Image Conference, the Lili Documentary Industry Base launched the Lili "Fresh Vision" documentary poster exhibition, which focused on displaying "Me and My New Era", "Words From Meeting You" and "Art in the Core Area" in the core area. A total of 202 excellent documentary posters, including China, Ten Years in the Village, Second Life, China, Hundred Refinements into Steel, and Xiling Yinshe, attracted many people to check in. In addition to indoor exhibitions, the in-depth integration of gallery sheds, water streets, alleys, cruise ships, documentary posters and the water town of Lili Ancient Town allows tourists to understand the culture of Lili while satisfying their vision. The Fresh Lab section also launched "Lili Ancient Town VR Experience" to bring fresh video experience to the audience. 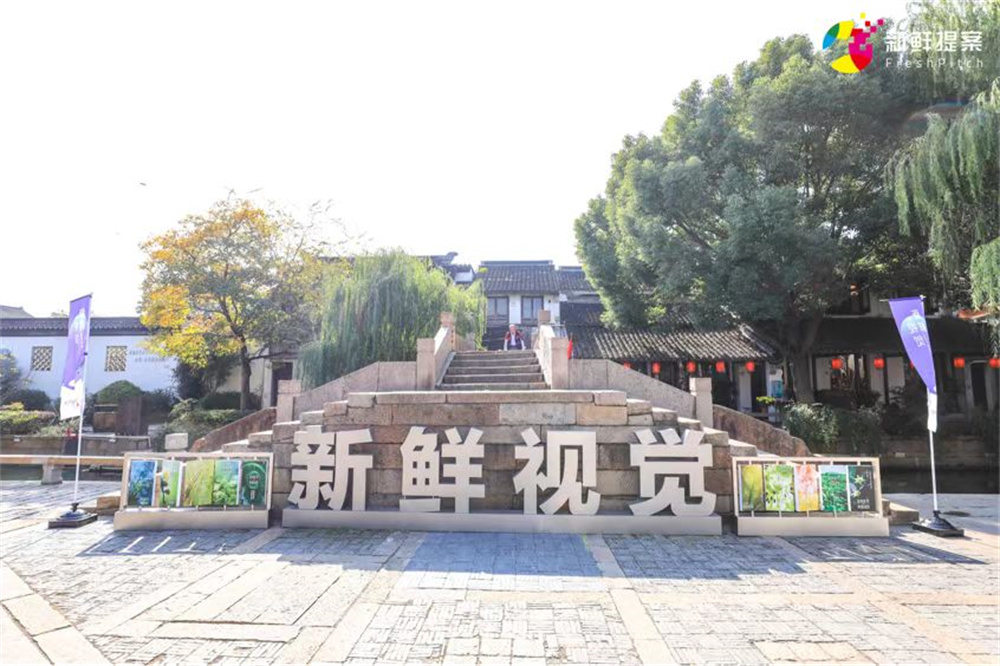 In order to explore the in-depth integration of documentaries and the water town of Lili Ancient Town, the Lili Ancient Town Development Reserve Management Office, Documentary China-Documentary Industry Service Platform, Jiangsu Anhe Jincheng Renewal Group Co., Ltd. will conduct in-depth research through resource sharing and complementary advantages. Cooperation, in order to reshape the cultural landmark of the documentary industry, and realize the comprehensive transformation and upgrading of the project in terms of industrial positioning, cultural connotation, and diversified business combination. 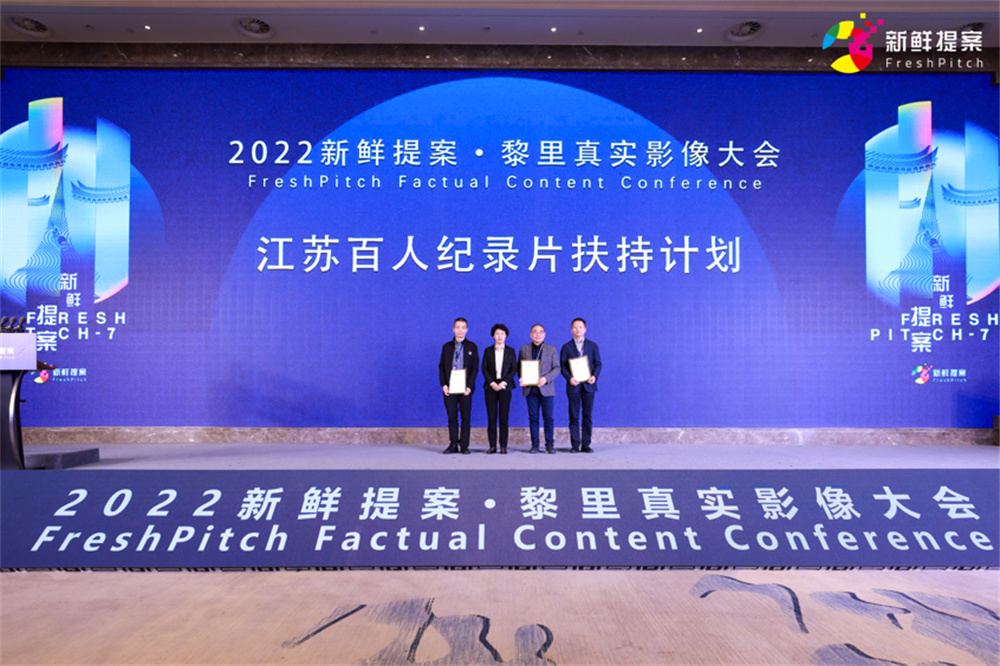