As the first Chinese-language film in China to focus on "diplomats evacuating overseas Chinese", the tension in "The Journey Home" is a bit beyond the audience's imagination.

As soon as the story came up, there was war in the Republic of Numia in North Africa. Diplomat Zong Dawei (Zhang Yi) and new diplomat Cheng Lang (Wang Junkai) were ordered to assist in the evacuation of overseas Chinese. Originally, they were supposed to fly back to China with the expatriates, but they gave up two seats to Taiwan compatriots and temporarily stayed in Numia. 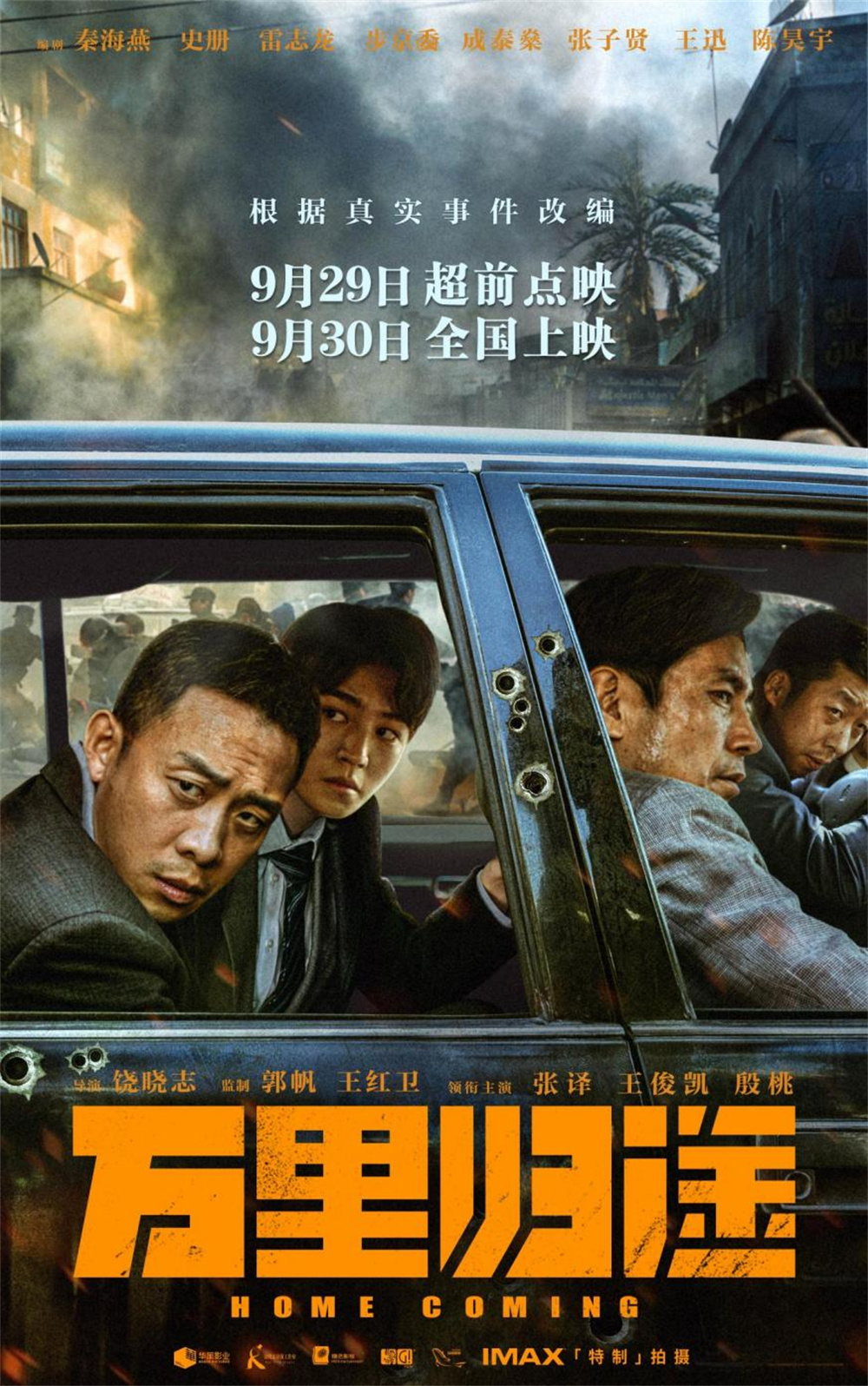 The camera follows their perspective and takes the audience to a more realistic view of Numia in the riots: the rebels burned, killed and looted, the war leveled the city, there are ruins everywhere, bombs and gunshots are everywhere, and unexpected arrivals are everywhere. The death of ... the hanging corpse, the half-blown body, the crying baby in the war, all reminded the danger and horror of the war. 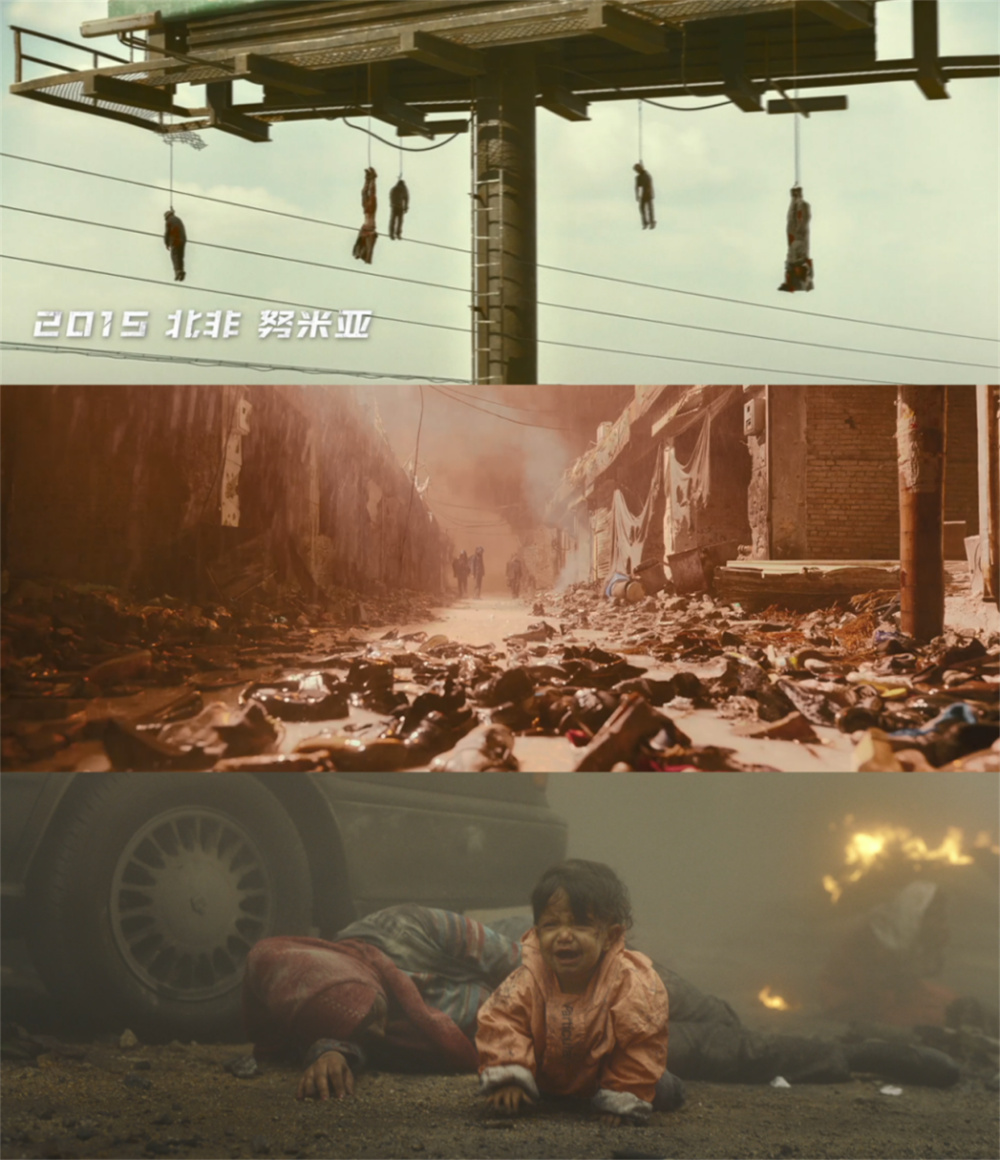 Zong Dawei originally thought that he would be able to return to China the next day, but only then did he learn that there were still a group of trapped compatriots waiting for rescue. To find these compatriots, it is necessary to pass through the exhibition area occupied by the rebels. No one can guarantee that they can survive the war. After all, stray bullets do not recognize people at all.

Due to the epidemic, "The Journey Home" can only be filmed in China, and everything in Numia was completed in domestic filming. But if this point is not mentioned, it will be difficult for the audience to find any major flaws in the details, which shows the improvement of the industrialization level of domestic films. Driven by the emotionally charged soundtrack, it's easy for audiences to get immersed in the riotous atmosphere created by the film - death is a random event, and tension arises from it. 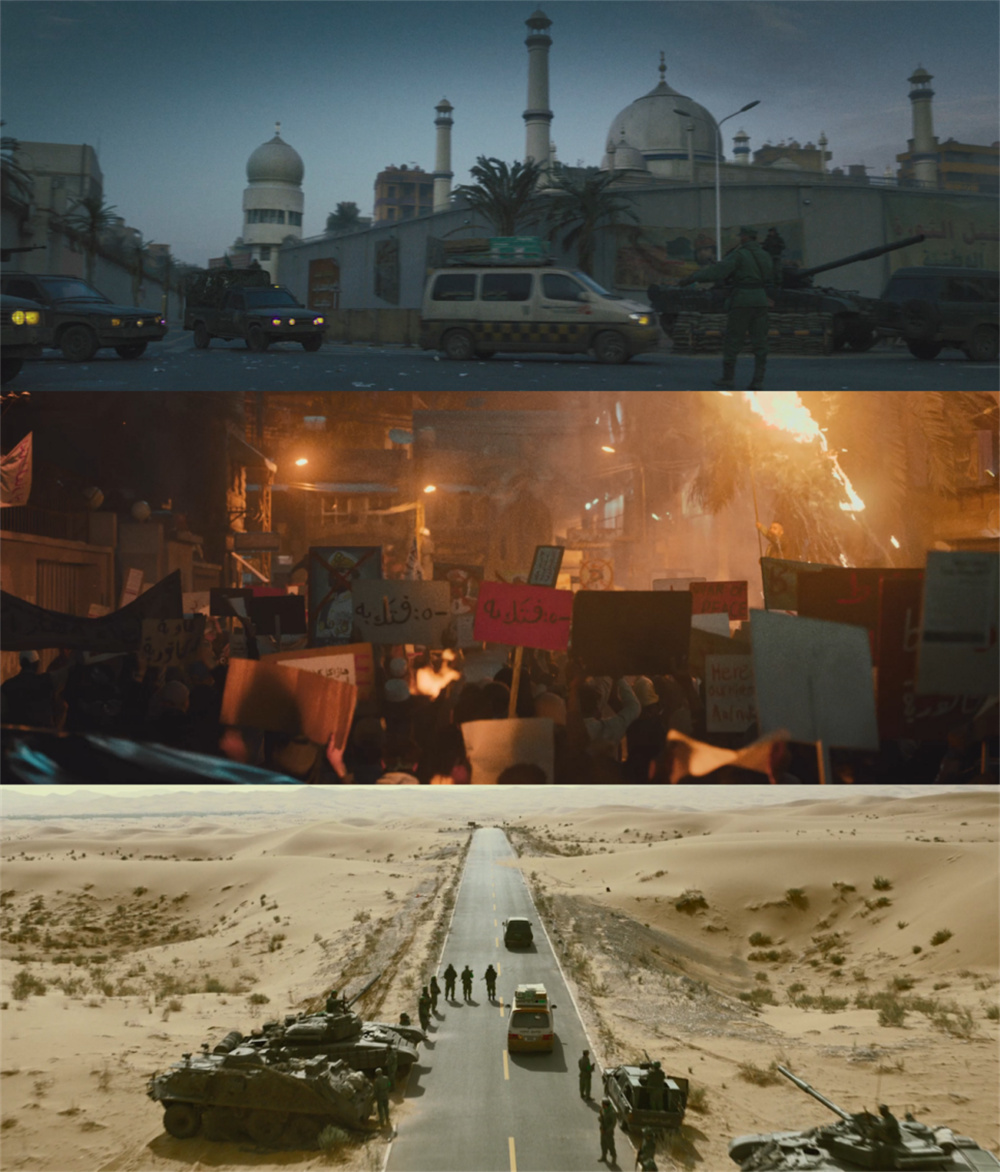 Another source of tension is the nature of the job of a diplomat. They are civilians, which means that they have no weapons in front of the war, and they are almost bare-handed. Apart from their passports, they can rely on their ability to communicate and coordinate, as well as their belief, courage and courage.

In front of the gun, Zong Dawei suppressed his fear and negotiated calmly again and again; in the face of the initial "difficulties" of the border officials, Zong Dawei arranged and ran the documents again and again; under the coercion of violence, Zong Dawei dared not to Compromise, even sacrificing one's life to protect the dignity of the country... Crisis followed one after another, which was heart-stopping.

Many times, the audience takes Zong Dawei's perspective and feels his anxiety, fear, hesitation, confusion, indignation, tension, and even admires his control over all these negative emotions, making courage, determination, faith, loyalty, responsibility, fearlessness. Wait for the emotions to prevail, and resolutely practice the mission of "protecting overseas Chinese with culture".

The tension in "The Journey Home" is not limited to the creation of the external atmosphere, but also to successfully enter the character's inner world to construct it.

In fact, faced with the task of evacuating overseas Chinese across the war zone, Zong Dawei initially refused. He wants to return to China immediately, and he can't wait for even a moment, not only for his own safety, but because his wife (Wan Qian) in Beijing is in labor. The nature of his work has caused him to lack the company of his family for a long time, and he does not want to be absent again at a critical moment like his wife's birth.

Therefore, although he gave his seat to the Taiwan compatriots very consciously, but in the car coming back with the embassy counselor Yan Xingzhou (Cheng Taishen) and the first secretary of the embassy Zhang Ning (Zhang Zixian), you can see that he has a lot of heart in his heart. A little unhappy - he was stressed and emotional, and he was worried that he would not be able to return home smoothly.

Zhang Ning has been a friend of Zong Dawei for many years, and in the few scenes, it can be seen that he is a very charismatic person: he has a sense of responsibility, a sense of mission, and he is quite calm and calm in everything (the mantra is "easy"). , easy"), can put oneself in the person's shoes and consider others, is very active in life, and can liven up the atmosphere at any time... Zhang Ning (played by Zhang Zixian) does not have many roles, but he is very good

"Homecoming" does not portray Zong Dawei as the kind of person who is "weiguangzheng" and "high and complete". He has a "big self" and a "small self". He is a professional diplomat and an ordinary husband (soon to be a father). He loves his profession, but he also has deep guilt and debt. There is a fearless spirit, but also a restrained cowardice... In short, he has weaknesses, and he is also an ordinary person.

Therefore, at the juncture of life and death, many of Zong Dawei's reactions are instinctive, which ordinary people can fully empathize with. Especially in the two roulette games with the rebel leader, Zong Dawei's expression and body language all reflected his extreme fear, and the audience's heart was tightly grasped and even hurt. Zhang Yi's superb acting skills make this extreme fear manifest in every detail, especially when the trigger is pulled against the forehead, and the head conditioned reflexes to dodge the details, making the fear concrete.

Even if fear swallows his heart, he still dares to pull the trigger. The heroism of ordinary people is completely revealed, and the greatness of professional diplomats is unobstructed. Zhang Yi is likely to reap the various film festival awards next year with the role of Zong Dawei.

Layers of tension did not really clear up until the plane entered Chinese airspace. Beijing's nights are so peaceful, Chang'an Avenue is so prosperous, and the years are so peaceful, even the noise of the neighbors' quarrels over trivial matters seems cordial. It takes a little pause to confirm that this is the sound of hilarity in a peaceful homeland - not the sound of bombs in a war-torn country...

He opened the door, the house was lively and lively, and other relatives were accustomed to him coming back - thinking that he was just going to perform an ordinary task, his wife and daughter were all there, and they hugged each other. At this moment, he felt a little unreal. However, all this is real, the ordinary daily life we have in a peaceful country. How precious is peace and how luxurious all the peace we have is, presumably the audience will have a deeper understanding after watching the movie.

As a main theme movie, "Homecoming" has strong commercial attributes, a high level of industrialization, and a sense of tension throughout. The first protagonist has a complete and clear growth process, and the final theme is also in place.

If you have any suggestions, on the one hand, the combination of strength and traffic is a good commercial strategy, but it should be more convincing in the portrayal of character conflicts. Cheng Lang's clamoring to let the expats know the so-called "truth" seems rather naive and unconvincing, more like a conflict for the sake of conflict (facts have also proved that the so-called "tell the truth" is rather distracting). And the acting skills of young actors have huge room for improvement, and it is possible to improve without being embarrassed or flattering.

The mission is to "evacuate overseas Chinese", not the so-called "tell the truth".

On the other hand, it is highly recommended that this kind of theme with war scenes be a friendly reminder of the viewing age. Many parents watch with their children because they want to receive patriotic education, but frankly speaking, even adult audiences are suddenly shocked by several scenes. The creator can use various cruel scenes to enhance the viewing interest of adult audiences, and should also consider the impact these scenes may bring to underage audiences. , to help parents guide minors to watch movies, correctly understand the cruelty of war, and cherish our light and peace.