The North American movie market remained sluggish last week and is expected to continue for some time before the Oct. 21 release of the superhero-villain "Black Adam." The rest of the world's movie market isn't much better, even as the pandemic is fading away, dragged down by new episodes of big Hollywood productions.

Despite the constant negative news surrounding the crew of "Don't Worry Darling," as many as 4,113 theaters in North America screened the topical new film over the weekend. In fact, it is precisely because of the various turmoil before the release that the industry is very curious about the film's opening box office. Warner Bros., the producer, predicted in advance that this suspense thriller, which costs only $35 million, will open at the box office. Around $17 million.

In the end, "Don't Worry Darling," directed by Olivia Wilde and starring Florence Pugh, Harry Styles and Chris Pine, made $19.2 million over three days over the weekend. According to Warner's own estimates, it also indicates that the film's cost recovery is absolutely not a problem. But on the other hand, as the top work of the weekend box office chart, "Don't Worry My Dear" also failed to reach 20 million US dollars, which undoubtedly shows that the overall performance of the North American film market is sluggish.

You must know that although September has always been a low period for North American theaters, no matter how bad it is, if you add up to 30 days in a month, at least one new film should have a score of 20 million US dollars. This is actually not very good. high threshold. However, in this coming September this year, all the new films released, including the ravely acclaimed "Warrior of Dahomey" and the much-talked-about "Don't Worry My Darling", have not had a box office hit of 2,000. Ten thousand U.S. dollars. 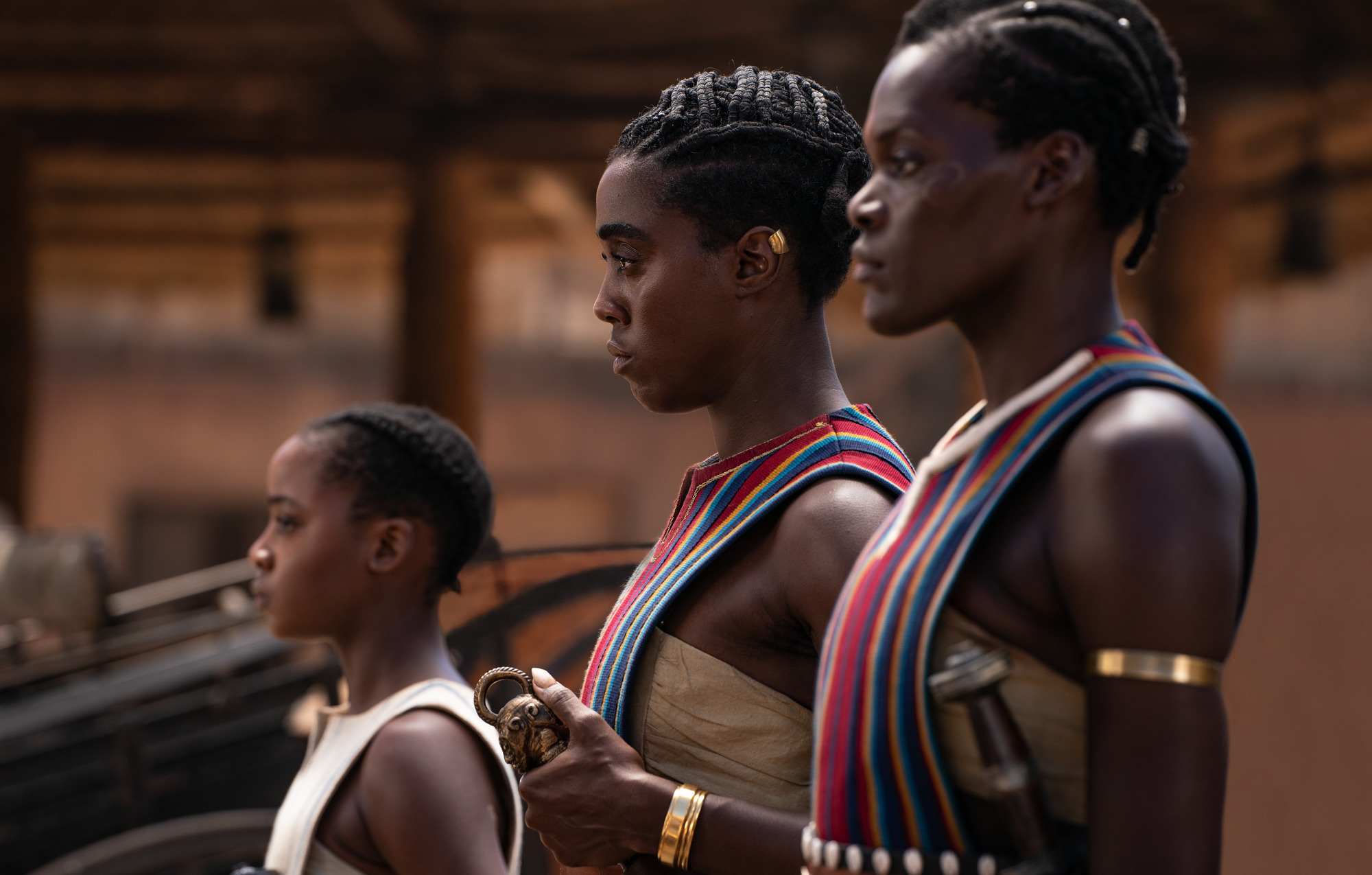 Stills of "Beauty Warrior of Daho"

Originally, if "Honey Don't Worry" could make a little more than $800,000 at the box office, this embarrassing record could be reversed. It's a pity that this new film about the female protagonist of the little white rabbit falling into the evil middle-class utopian community, although the scandal has been hyped, the reputation of the work itself is really not very good. Currently, only 38% of the film review collection website "Rotten Tomatoes" has ratings. Professional film critics. Moreover, from the day of its premiere on Friday to Saturday to Sunday, the single-day box office opened up and down, indicating that, apart from fans who were willing to buy tickets to join at the first time and audiences who entered the venue with curiosity, ordinary audiences were very interested in the film. There is not much interest, which also indicates that the box office of "Dear Don't Worry" should drop significantly next week. Compared to the film itself, people are obviously more concerned about the off-screen lace of "Dear Don't Worry". Last week, director Olivia Wilde appeared on American TV personality Stephen Colbert's show, again denying all sorts of ludicrous rumors of infighting on the set. And by the weekend, starring Florence Pugh finally released goodwill on social media, posted a photo of herself and Wilde at the shooting site, thanked all the crew for their efforts, and called on her fans to buy tickets to enter the venue . It's just, how could the media easily let go of such a wonderful gossip drama.

Last Friday, the serious cultural media Vulture website under New York magazine published a long article again, revealing that during the filming of "Dear Don't Worry" last January, a fierce quarrel broke out between Pew and Wilde, the cause was the director and Harry Worry. Stiles attended the wedding of the latter's agent, which violated the epidemic prevention regulations set by the crew. According to the article, this quarrel was not only well known to the crew, but also finally alarmed Toby Emmerich, the then chairman of Warner Films, who had to stand up to mediate and calm down. Disputes to ensure the smooth completion of the film.

Warner Bros. and some of the film's crew members stood up and publicly denied this statement at the first time, but the so-called rumors are like this, especially rumors about Hollywood stars. Once they are generated, it is easier to put them out. No wonder "Variety" Owen Gleiberman, the chief film critic of the film, wrote: "If you want to read the words of Neil Postman's 1985 'Entertainment to Die', look at the words surrounding 'Don't Worry, Darling'. These news are the best way.”

Remake of "Avatar" among the top three

Second place on the box-office chart last weekend was the previous week's box-office winner, "Beauty of Dahomey," while third place went to "Avatar" from far-flung 2009. After a digital remake, the film re-entered 1,860 theaters in 4K high dynamic range image 3D format, and received $10 million at the weekend box office, showing the strong vitality of a masterpiece. Tao" preheating. 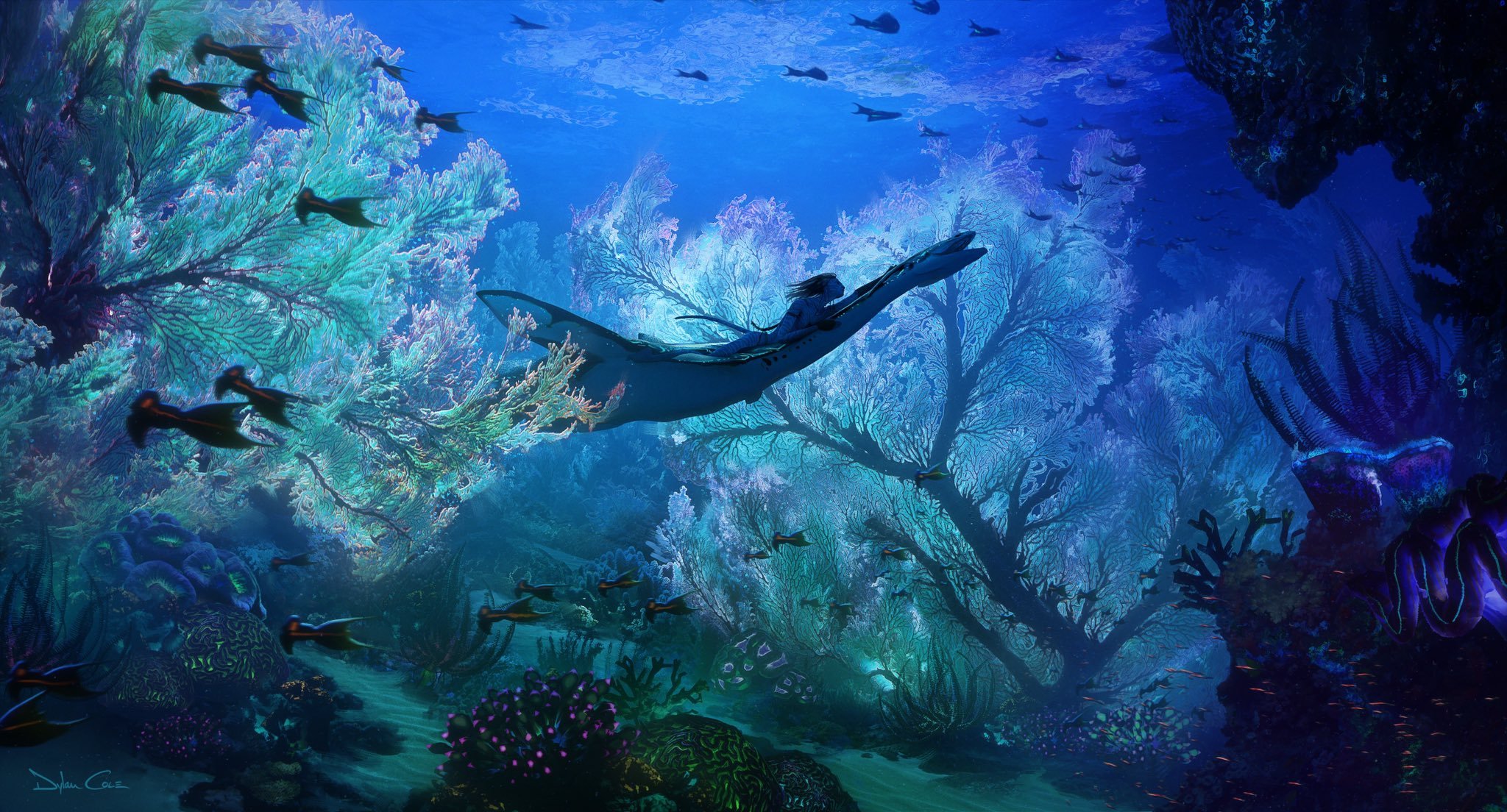 The new version this time is said to have greatly improved brightness and sound effects, and some scenes have reached a frame rate of 48 frames per second, making the picture look smoother and closer to the effect of seeing things with the naked eye. If this re-screening works well, director James Cameron will follow suit and give Titanic a major overhaul.

The global box office of "Avatar" currently has a total of 2.84 billion US dollars. Although it was once surpassed by "Avengers 4", it regained the first place due to the re-release in China last year. In addition, this round of North America Re-screening, the leading edge will be further consolidated. It's just that the re-screening of "Avatar" can get so many audiences, which also reflects the embarrassment of Hollywood's lack of excellent new works.

It is not just the North American film market that is in crisis.

From September 18th to September 22nd, the Italian Cinema Alliance also learned from its American counterparts and launched a "3.4 euros to watch movies" promotion. A total of 1.1 million movie tickets were sold, and the five-day box office revenue reached 4 million euros. It doubled in the previous week. The reason why the Italian Cinema Alliance and the Italian Ministry of Culture launched such a promotion is also because since 2022, the local film market has been in a slump and cannot get out of the impact of the epidemic. The industry believes that it has reached a critical moment of life and death.

In 2019, before the epidemic, the number of moviegoers in Italy reached 100 million. However, the number of admissions in 2021 is only 25 million, far lower than Spain's 41 million, and Spain's total population is more than 13 million less than Italy's; it is three-quarters worse than France; Italy's worst-hit 2020 season will see even fewer admissions. In the first half of this year, the popularity of Italian cinemas recovered slightly, but compared with the first half of 2019 before the epidemic, it was only half of the original; after entering the second half of the year, as the supply of new Hollywood films dried up, the number of Italian audiences increased compared to the first half of the year. There is a shrinkage, and the theater industry is complaining.

In fact, although new Hollywood films have begun to be discontinued, the production of Italian films has not decreased but increased in recent times due to the passing of the epidemic. In order to revitalize the film industry after the epidemic, the Italian government has launched a number of incentive policies, not only directly investing in subsidies, but also raising the tax rebate rate for filmmaking to 40%. Against this background, more than 250 new Italian films were produced last year. But the problem is that most of them are of mediocre quality, lacking selling points, and completely unable to attract local audiences to buy tickets to join. Earlier, the artistic director of the Venice Film Festival, Alberto Barbera, said in an interview with the Italian newspaper La Repubblica that he was worried that Italian films "only know the pursuit of quantity but sacrificed the quality of the film", and then hurt the Italian film industry. Face gold signboard.

According to reports from many Indian media, the Indian cinema industry has also fallen into unprecedented difficulties this year. Bollywood musicals, which used to be very popular with local audiences, seem to lose their charm overnight for some reason. As of September, a whopping 77 percent of domestic Indian films released this year have failed at the box office, leaving Bollywood practitioners confused with only three or four hits in the traditional sense.

If you really want to look into the reasons, the epidemic will naturally bear the brunt. While the theaters were closed, streaming platforms Netflix, Amazon and Hotstar (the Indian version of Disney+) quickly swept the city, allowing ordinary Indians to develop a new habit of watching blockbusters at home for a small sum of money. Even after theaters reopened, they stopped visiting as often as they used to. In addition, speaking of Bollywood's traditional musical and dance films dominating the Indian film industry, it has been going on for sixty or seventy years since the middle of the last century. With the continuous changes in audience tastes, Bollywood is somewhat complacent and arrogant. Totally up to date.

As a result, "The Legend of the Cyclops" starring Akshay Kumar, the first man in Indian action films, "The Great Escape" starring Ranveer Singh, Mir Khan and Shah Rukh Khan co-starred in "The True Story of Assin", the two box office ace, all failed at the box office. On the contrary, the epic film "RRR" shot in the southern Indian language of Tela has suddenly emerged, and it has become the third highest-grossing Indian film in the history of the world.

As for the original Bollywood Indian-language film, the best box office performance in the first half of the year was the thriller "The Kashmir Archives", which is said to be adapted from a real event. The film played the populist card and vilified Kashmiri Muslims as heinous sinners. With the endorsement and propaganda of Prime Minister Narendra Modi and a large number of politicians from the ruling Bharatiya Janata Party, the film won an astonishing box office, but it was also criticized by many different camps in Indian society. Strong criticism.