A beautiful woman as a killer, like a cat, sometimes innocent, sometimes agile and fierce, is an eternal dream on the screen.

Kleo (Gera Haas) and Villanelle (Judy) in Killing Eve Comer) are all such women. In the choice of actors, despite their mature female bodies, they all have child/cat-like faces that, in certain expressions, "look like ten-year-olds" (Cleo's Wanted Portraits get this rating). 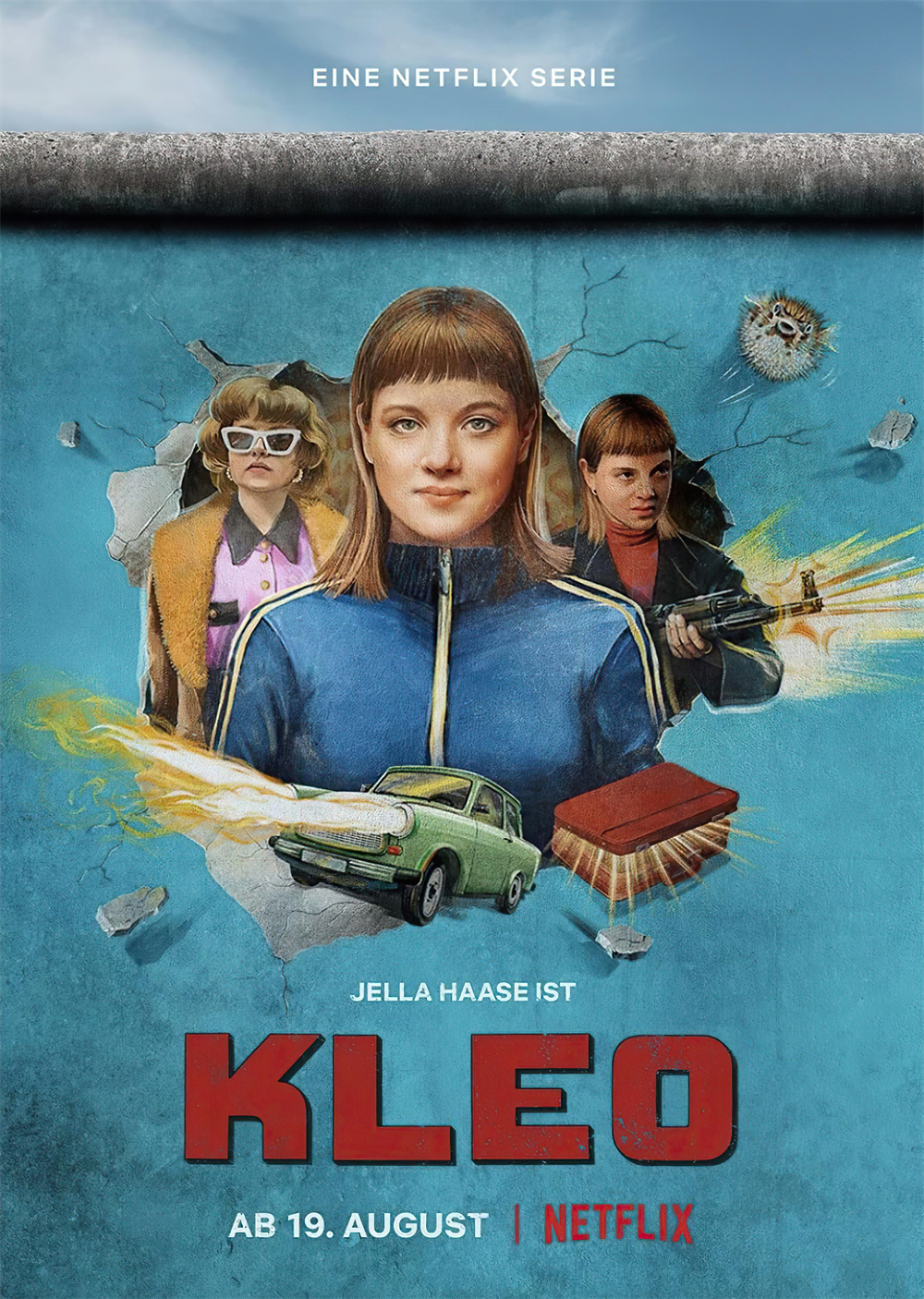 But Cleo and Villanelle are more different. Villanelle is a psychopath with a sociopathic personality who desperately needs the thrill of killing or love because of a lack of feeling. She is a gorgeous flower that blooms out of nothingness. East German agent Cleo has a sound personality. Before he was framed and imprisoned, he had a grandfather, a lover, an organization and a belief. She is a Staci (German Democratic Republic's national security agency) killer, working for the ideals of the country.

The more she kills, the more she loves and the more she needs. Cleo is on the contrary. Her revenge journey becomes lighter and easier as she kills her, unloading her burdens and returning to her true self. Shortly after going to West Germany on an assassination mission in 1987, Cleo was wrongfully imprisoned. Three years later, Cleo was freed by a political prisoner's amnesty. When she returned home, she shot her grandfather, General Otto (Jurgen Heinrich), a high-ranking Stasi leader, who had sent her to prison. After sending her grandfather and secret to a concrete grave, she embarks on a journey of truth and revenge. 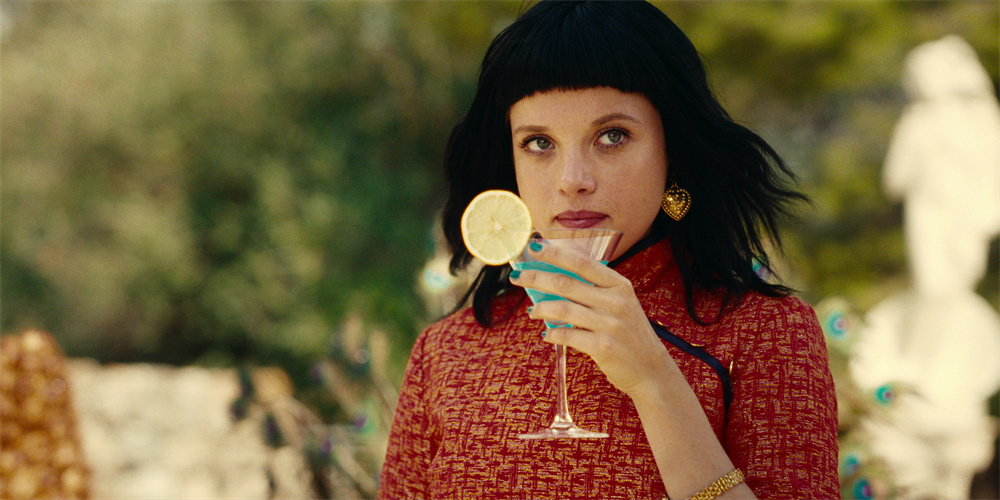 "Cleo's Red Revenge" tells a very classical revenge story in a realistic historical background. Before and after the fall of the Berlin Wall, the scene of the once mighty intelligence agents taking a cup of tea has become a microcosm of the end of an era. The doorman brewed a pot of tea and served a plate of biscuits to the visitor, complaining that the place where he had dedicated his life was gone. There is no sadness or reluctance in Cleo, who is rooted in red. She came back from prison murderously, tracking-questioning-revenge, like a wind blowing through the relics of the old world.

She travels to Mallorca and Chile, to both sides of the Berlin Wall, and everywhere she goes is a world dominated by primary colors. Blue, bright yellow, blood red, no matter where it is, whether it is a small apartment, a boutique or a big villa, any interior space has a clear primary color theme, which is in sharp contrast with the external lead-grey world. The soundtrack is mainly based on German music in the 1980s and 1990s. The electronic music and industrial metal with a sense of future technology are interspersed with vocal choruses with ancient German colors.

Beautiful audio-visual effects paint Cleo's revenge journey with dreamy colors. One secret leads to another, one person points to another person, following the natural law of mantis catching cicadas and oriole behind. Just like the original soundtrack it chose, the show is one-way strong, with an uncomplicated plot, leaving plenty of room for fantasy to work its magic. 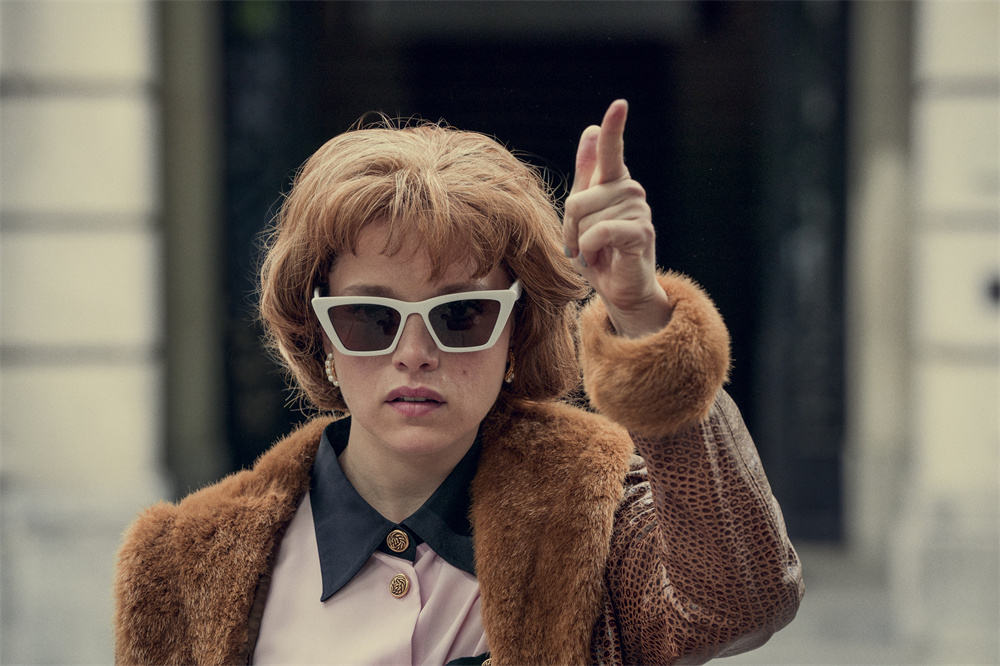 Jera Haas, the actress who plays Cleo, is so charming. When she is angry, she makes a sound like a child who has been snatched from a toy, and when she is barefooted in a tank top and shorts and chased down the street with a gun, it is like a child running a house. control. It's mysterious when she looks at you, thinks about it and says "okay". Cleo treats those two often goofy West German men, Delos (Julius Femmel) and Sven (Dimitri Sand), as leniently as if she would never have a chance to be. On the mother, the dark clouds on her face dissipated in an instant.

Another source of dreaminess is the subversion of traditional gender stereotypes. All female characters are determined and purposeful, whether it's the female secretary who committed suicide soon after she appeared, the double agent who fought Cleo to her death, or the top female agent of the Stasi, they are all impressive for their tenacity and bravery. .

The more numerous male characters are collectively weak, hesitant, cunning and lustful. The senior officials of the Stasi who were killed by Cleo were handsome, and they had long since lost their faith. They were destroyed because they wanted to steal their lives. Her former commander and lover Andy (Vladimir Bullakov) is a melancholy handsome man who neither wants to kill Cleo nor wants to be killed. Before he died, he stretched his hands naked against the window, sucking in the light of the sun like a sun god. Before he was shot, he saw the gunman, tilted his head in surprise, and a blood hole appeared on his forehead immediately. A pair of translucent blue eyes reflecting the afterglow of the setting sun is a vision of the disillusionment of good things.

Delo, the electronic music youth treated by Cleo like a small animal, is a David Bowie-like character in appearance and temperament. He dreams of opening an electronic music club and returning to his home planet, Sirius II, after completing his mission to spread electronic music on Earth. Delos' lines are as beautiful as Andy's, and his strokes are thinner than Andy's. The same actor who played the Nazis in Babylon Berlin adds to the human confusion: beauty and violence can appear in the same body. His classic dress is shirtless and underwear, wearing a military uniform of Grandpa Cleo, squatting on the small sofa with long arms and legs, like an alien visitor who has just arrived on earth and whose personnel is unknown.

As the journey of revenge progresses, Cleo becomes more and more slack. At the earliest, she still retained the action of tightening her upper lip when the beast killed her heart, and then gradually disappeared. She began to learn to put down her gun and talk to people instead of taking her life. She also began to do things that were not within the scope of her training, such as saving people, and the growing trust between Delos and Siwen made her change from a killer agent to a person.

As Cleo's quest for revenge is in full swing, the Berlin Wall is slowly but unstoppably falling. The Cold War is coming to an end. How will people who grew up with the Cold War mentality face their future? Cleo, who was always aiming for pureness, never thought about it. She only has the keen intuition of predators, which has helped her to pass through many dangers like walking in the clouds, and also allowed her to make unexpected decisions in a short period of time when she got the red suitcase that was contested by many parties.

From an abstract point of view, Cleo's Revenge is like a man in full armor stepping onto a dance floor, gradually reveling in music and dancing. The lights on the dance floor melted her armor unknowingly. When the lights went out, she found herself naked and made an effortless decision to trade the red suitcase for her mother's address. 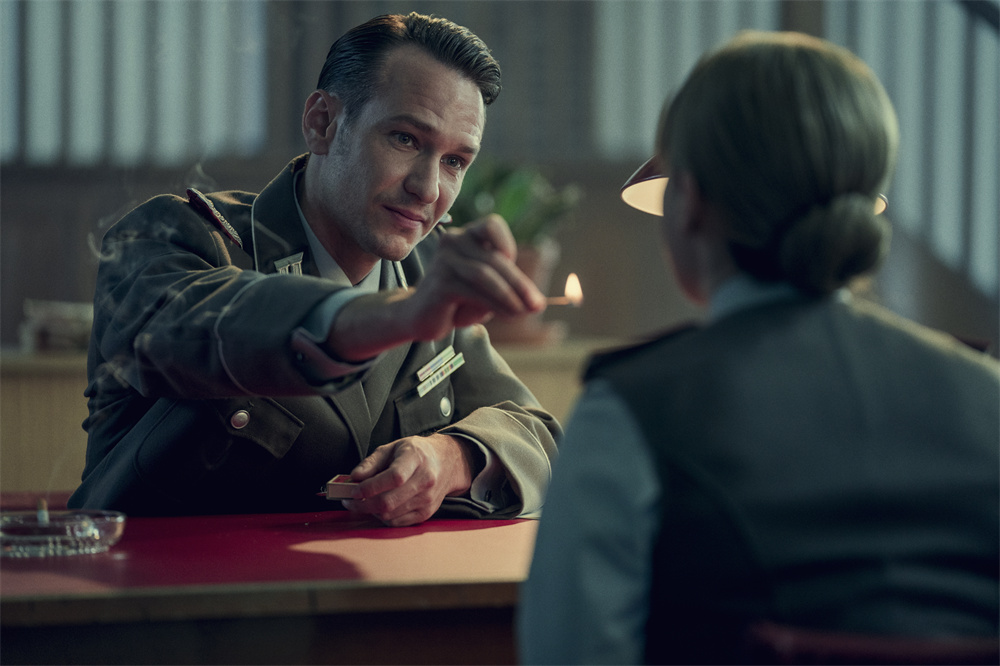 Cleo's power comes from her talent, which comes from her pure and fluid personality. After being shot into a coma, the director unfolds her past with a play within a play, with a special technique that echoes her personality. The important moments of Childhood Cleo and Teen Cleo are recreated in a large interior space, in which a room and classroom are set up, without walls, and the camera naturally moves from the childhood room to the teenage classroom next to it. Consciousness flowed unimpeded yesterday, until Cleo, who was in a coma, "sees" the key to the story - the red suitcase.

West Germany pays for gold, East Germany is shackled by ideology, and there is no completely just side in the Cold War. East German gardens are red geraniums and evergreen trees, West German gardens are forest-like naturalism, like two sides of a coin, no one is more beautiful than the other. "Cleo's Red Revenge" has no intention of portraying both sides of ideological opposition as good and evil. It just reproduces the bizarre scene of two sides of one body in an artistic way. To brighten the scene, a group of determined women and weak men gave their lives for their own sake.

In the end, in addition to Cleo, who was able to jump out of it, there was also a Chinese West German agent, Min Sun (played by Yun Huang). She is an upgraded version of the double-faced agent boss, and likes to quote "Sun Tzu's Art of War" in standard Chinese as a label for what she does. Judging by the scene where Min Sun hands the red suitcase to the Americans, there will be another season of Cleo's Red Revenge. It's just that Cleo is no longer angry or mysterious, Andy is dead, Delo was taken to the alien world by the spaceship, and only the stupid Si Wen is still by her side. Will the second season still be attractive?