On September 17, the "2022 Chinese Film Aesthetics Annual Conference" jointly organized by the Film Culture Research Department of the China Film Art Research Center (China Film Archive) and the School of Literature of Shaanxi Normal University was held in the cloud. 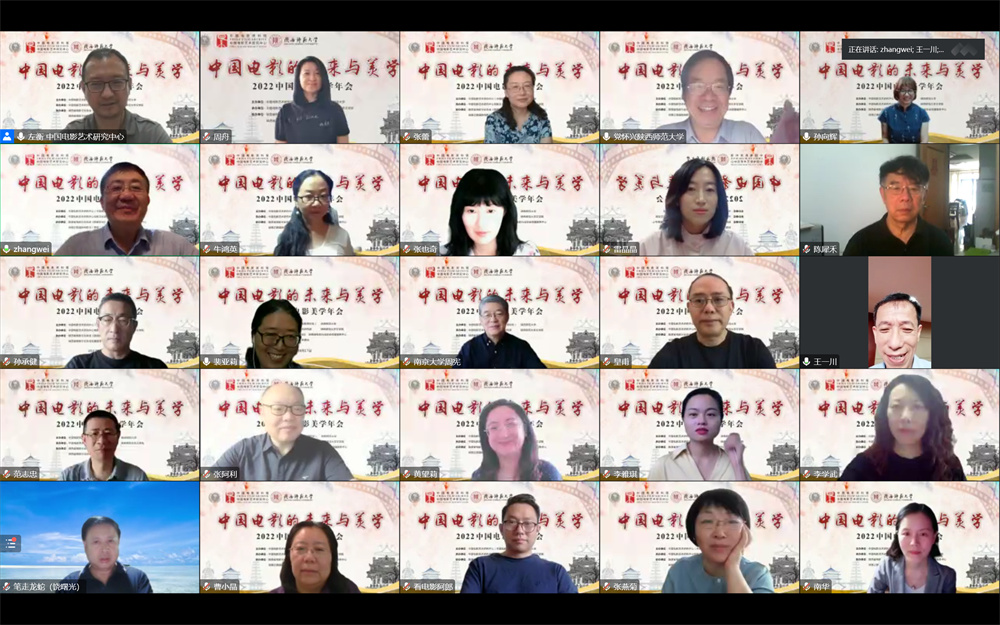 Participants in the same box

"We watch movies today on all kinds of carriers"

In the first half of the agenda, Zhou Xian, a professor at the School of Art of Nanjing University, gave a speech on "The Spectacle of Film and the Spectacularization of Society". In his view, cinema is a cultural accompaniment to anyone. "At the same time, film also produces desire. It stimulates people's potential for spectacle or spectacle. The spectacle of film creates 'spectacle fetishism' or 'spectacle addiction'. In fact, our daily life cannot be separated from movies at all, Some people say that movies are declining. In fact, movies are not declining, but the traditional way of watching movies is declining. We watch movies on various media today, and movies are still our necessities.”

In his speech, Zhou Xian also introduced four photos of Zhang Yimou's four works: the movie "Hero", the opening ceremony of the 2008 Olympic Games, the opening ceremony of the G20 summit in Hangzhou, and the four photos of "Impression of Lijiang": "Where is Zhang Yimou's genius? What is it? That is, what does Zhang Yimou want to tell us through his artistic practice? I think a very important focus is on spectacle, and Zhang Yimou best interprets the transformation of spectacle from film to society or to culture.” 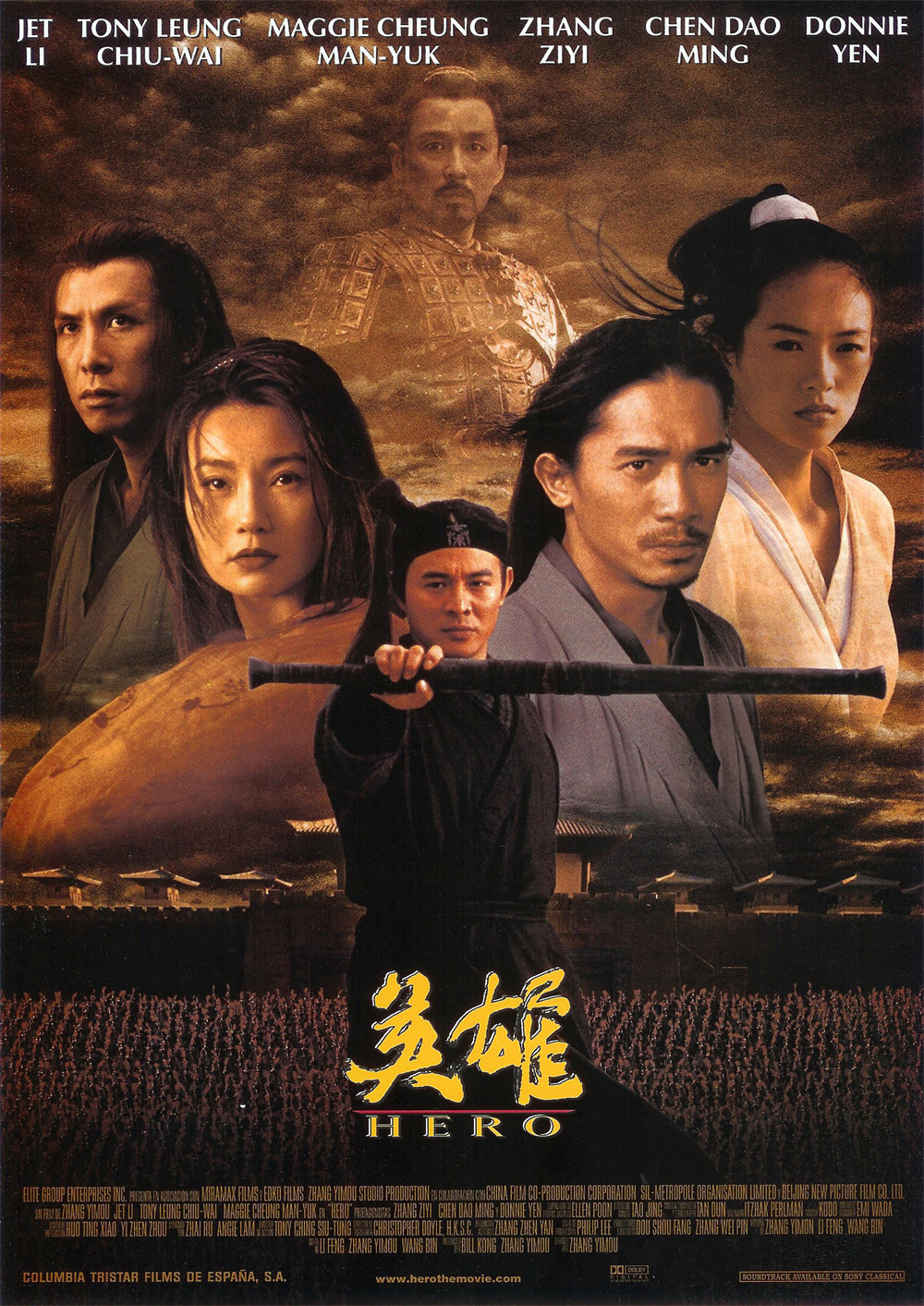 Wang Yichuan, a professor at the Research Center of Literature and Art of Beijing Normal University, gave a speech titled "Ritualized Aesthetic Situation and Modern Gentleman's Style". He said straight to the point: "In the past ten years, there has been a new trend in domestic films, paying attention to shaping ordinary people and grass-roots cadres into characters with the demeanor of modern gentlemen, and constructing aesthetic situations with social ritualized characteristics for them. "Then from "Me and My Motherland, Encounter", "1921", "Changjin Lake", "Island Keeper" and other films, the following ritualized aesthetic scene examples are extracted: lovers meet each other, magic city phantom, Kneeling ceremony, sending children to join the army, salute to the Great Wall and other, literati elegant, ordinary and extraordinary superposition.

"Scenes such as sending children to join the army and paying homage to the Great Wall in "Changjin Lake" are a kind of ritualized expression. In "1921", Mao Zedong saw the French in the French Concession and stopped the Chinese for their National Day carnival. , squeezed out the crowd of onlookers in anger, and ran quickly into the distance... This superimposed figure of fast runners conveys the image of Mao Zedong as a benevolent and heroic revolutionary leader who ran to and fro for the rise of China with a high degree of condensedness."

In Wang Yichuan's view, the appearance of these ritualized aesthetic situations often has a dual aesthetic function in the film's image system, "one is to promote a high degree of identification and solidarity among members of the community; the other is to draw closer to the audience. The distance between them forms a high sense of identity and empathy. The resulting chain of interactive rituals not only shapes the style of modern gentlemen, but also has a deep structural effect on the establishment of modern Chinese culture.”

Hu Ke, a professor at the School of Drama, Film and Television, Communication University of China, gave a speech titled "Using Film Practice Aesthetics to Improve the Quality of Film Creation". He thought and elaborated on the concept of "creation must be virtual, and aesthetics must be solid". He believes that Chinese aesthetics can be divided into two categories: Two major parts: academic aesthetics and practical aesthetics. He advocates that future creations should develop more practical aesthetics, and that films should accept and absorb wider and more diverse signals from real life to turn them into living aesthetics. , to promote the development of film creation.

In the second half of the agenda, Rao Shuguang, president and researcher of the China Film Critic Society, made the first speech. Rao Shuguang put forward clearly at the outset: "At present, the core issue for movies is to grasp the matching and unification of social and economic benefits. The balance and unification of the ideological attributes and industrial attributes of movies. If this problem is not grasped, Well, it will directly affect the high-quality development of Chinese films, and it will directly affect the construction of a powerful country in Chinese films."

"Nowadays, there is a big structural problem in the Chinese film market. The first film and the head effect are more and more prominent, occupying a large market share, and the market for medium-cost and low-cost films is severely squeezed, which makes the structure of Chinese films. The problem of sexual imbalance is becoming more and more unified and aggravated. Especially after the epidemic, the age of moviegoers has risen from 21 to 29 years old, and young audiences have not developed the habit of going to the cinema to watch movies. Although I am a movie Fundamentalists in China believe that only going to the cinema to watch a movie is called watching a movie, but the younger generation is different from us, and this is an urgent problem that needs to be solved.”

"At present, there are more than 80,000 movie screens in China, and the number is still increasing. But after the epidemic, great changes have taken place: the increase in the number of moviegoers cannot match the increase in the number of movie theaters and screens. It means that the increase in the number of screens is ineffective. Therefore, on the basis of a comprehensive study of the current situation of the film industry, a better balance must be found. I would like to emphasize that although the movie theater is in an existential crisis, it should still be inclined to production, gradually increase the proportion of production, and do Only big production companies can build a good foundation for the development of films. Especially after the epidemic, online and offline distribution is actually a community of destiny, and the two should form a positive interaction. Only by making the cake bigger can we effectively guarantee the safety of all participants. Only interests can make the film develop better." Rao Shuguang finally said.

Zhang Wei, executive vice president and researcher of the China Film Critics Society, delivered a speech entitled "Future Chinese Films and Film Aesthetics", pointing out that under the vision of building a powerful film country, future Chinese films should strive to present the following forms and aesthetics: The first is a series of movies. As a global concept, movies should meet the common survival psychological needs of audiences from all over the world and express the common values of truth, goodness and beauty shared by all mankind; the second is art movies and their aesthetics - another symbol of a movie power is Winning various awards at various film festivals around the world, to win the film award, it is necessary to promote art film and its aesthetics with unique personality and exploration experiment; the third is realist film and its aesthetic realism; the last is imaginative film and its aesthetics. its aesthetics.

According to reports, this annual meeting is jointly organized by the Film Culture Research Department of the China Film Art Research Center and the School of Literature of Shaanxi Normal University. Co-organized by the Executive Committee of the Film Festival (Xi'an).