French director Jean-Luc Godard has died at the age of 91. 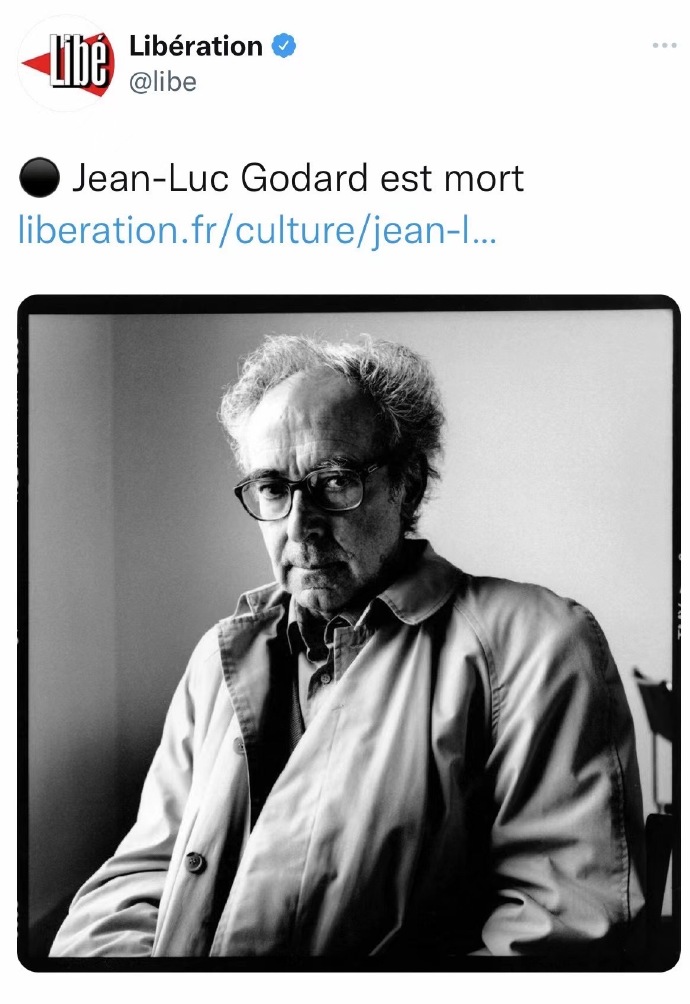 Jean-Luc Godard was born in Paris on December 3, 1930, to a Swiss father. He spent most of his childhood in Switzerland, and only returned to Paris to study in middle school, but he returned to Switzerland for a time after failing the high school exam, and did not return to Paris to study at university until he was 19 years old. He started his career as a film critic and then started making films himself, becoming the main force of the French film "New Wave" movement.

Since filming, he has completed more than 100 various film and television works, and his works such as "Exhausted", "Pirlo the Madman", "Contempt", "Alpha City", "The Name of Carmen" and "The Book of Images" are world-renowned. On the occasion of his 90th birthday in 2020, his assistant also revealed that Godard, who is "full of energy and clear thinking", is working on two films.